MJ Lourens’s evocative paintings of the Cape Peninsula are at once familiar and strangely foreboding. Suffused with the quality of light at dusk, the landscapes are permeated by stillness, devoid of human drama. They speak of absence and emptiness, of isolation and alienation. Yet the distance effected by the panoramic viewpoints and the fading light is simultaneously disrupted by evidence of human intervention – railway power lines that cut across the view of Simonstown; the concrete structure of the incomplete motorway in the city centre; harbour cranes etched against the sky; walls that partly obscure our vision.

Lourens refocuses the viewer’s attention, not only by means of the light that both reveals and conceals, but also by the emphasis on elements of the landscape that are normally screened out, that exist only on the periphery of vision. The landscape becomes estranged, the very familiar suddenly defamiliarised. At the same time, the juxtaposition of the natural landscape with details that define everyday existence registers the landscape as a particularly layered space. Pristine and unchanging forms are set against the inevitability of change and development, making visible the fleeting and ephemeral nature of human activity.

The arresting tension that Lourens sets up between human absence and presence disrupts the order of the image. It changes the way in which we look at the paintings, and by implication, at the landscape. The uncanny beauty of industrial structures, captured just as day turns into night, becomes sanitised and safe. Yet an undercurrent of unease is ever present, the transitory and the permanent becoming metaphoric of the ambivalent interaction between nature and the markers of human presence. The meaning of Lourens’s work therefore lies as much in what falls outside the frame – in what is not depicted – as in the image itself.

Ultimately the striking images are not only about the landscape, but also about the artist’s engagement with the substance of paint. The painted surface becomes the site where the compelling tension between paint and the image is played out. From a distance the image asserts itself, in places almost photographic, though not quite, but up close there is nothing but paint. The artist’s hand is visible in the brush strokes, either controlled or loosely scumbled; in the minute dots that dissolve into distant electric lights when one steps back; in the eerie refraction of light that conversely dissolves into paint when one goes up close. The painted surface itself shifts the viewer’s focus. It draws the viewer in, creating the tension and ambiguity that are part of the work’s allure, so that the shock of recognition lies as much in the places depicted as in the viewer’s encounter with the painted surface.

Viewing a landscape from a distance has always fascinated me in terms of how one considers oneself geographically. The visual experience of the distant lay-out of a town or city depicted through its lights and urban sprawl underlines a certain human condition to me.

The landscape and in particular that of the Highveld, has shaped me as a painter. My surroundings and vast stretched out vistas became my language. Clouds brooding dramatically, particularly at dusk, became a regular feature in my work.

Since moving to Cape Town two years ago where I now live and work, my paintings have continued on the same trend, but with a renewed appreciation for the southern tip of Africa.

Although I grew up in the Cape Province many years ago, I now look at the town and the peninsula with a new regard. By blending the mysteriousness of the ever looming mountains with the bustling formalistic energy of the harbour, my work forms a new vocabulary.

My paintings reflect the nostalgic and the naturalistic elements that the Cape Peninsula has to offer. 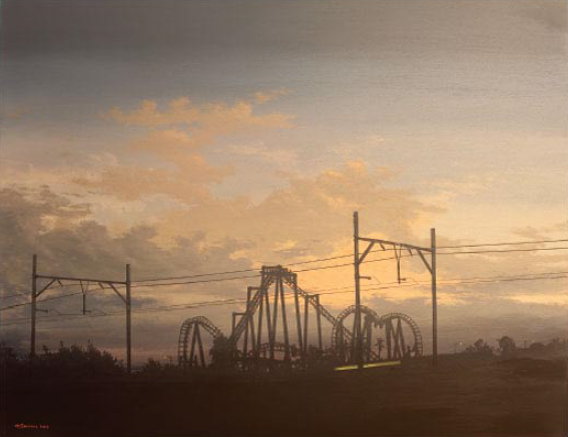 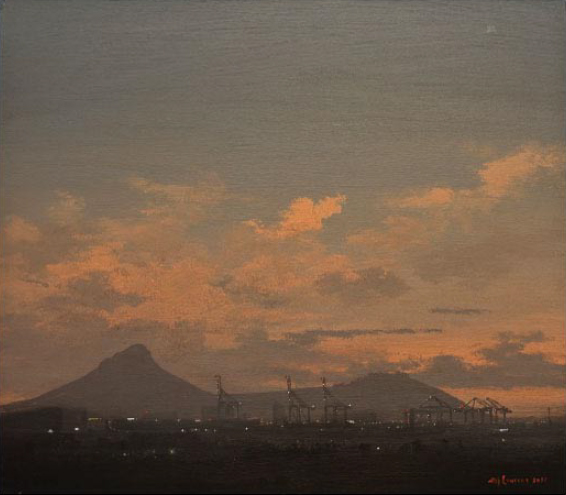 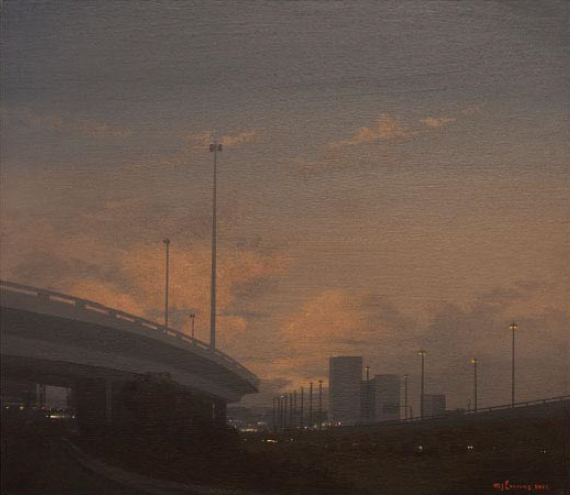 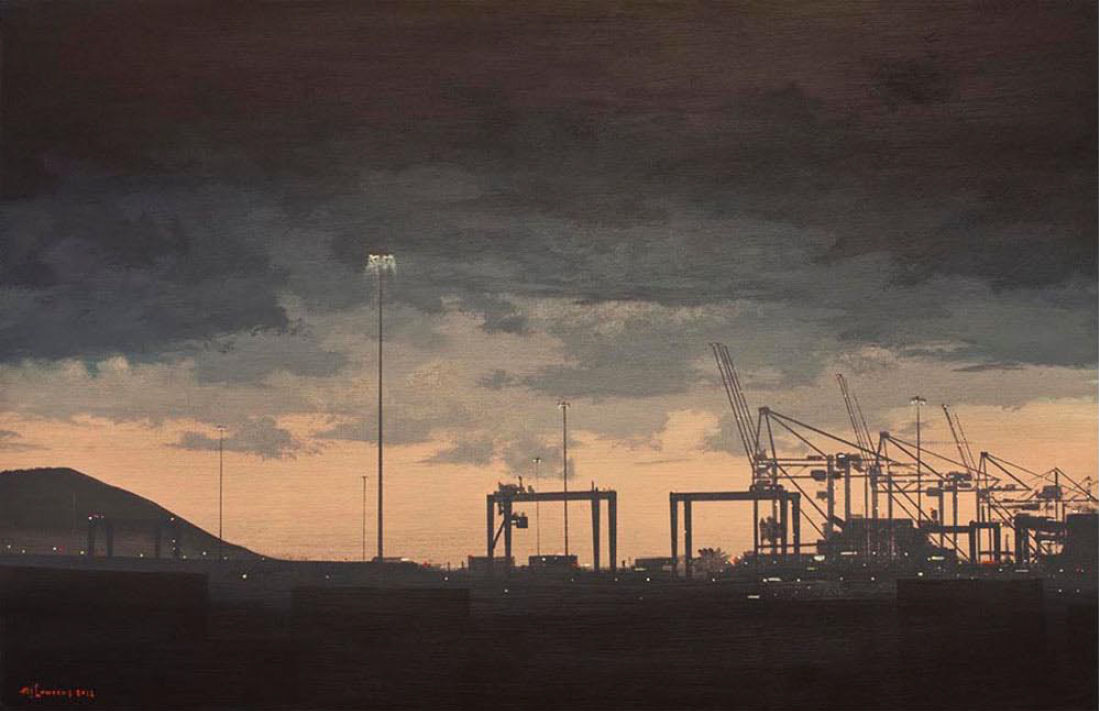 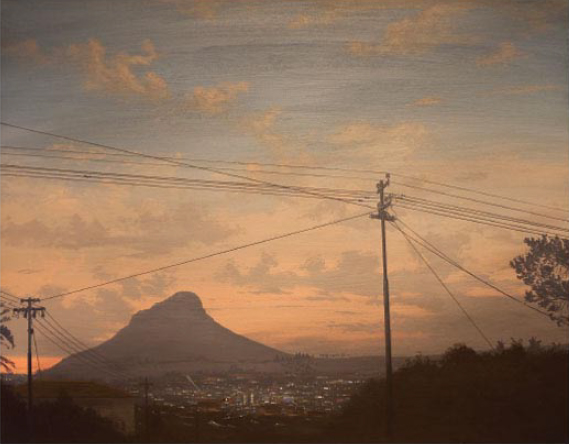 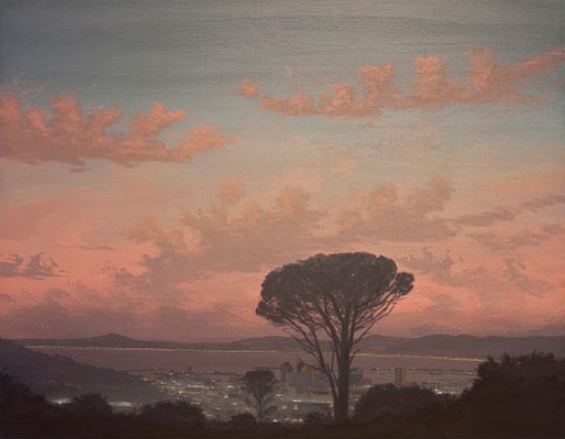 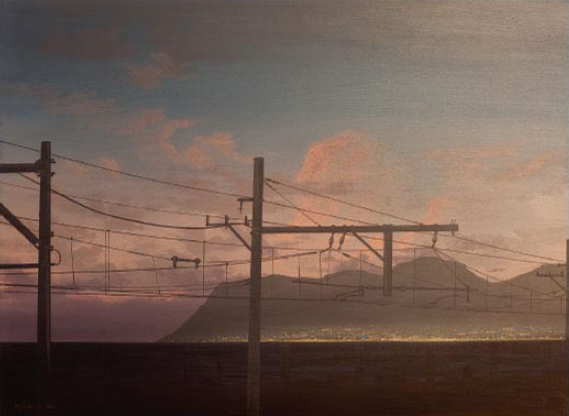 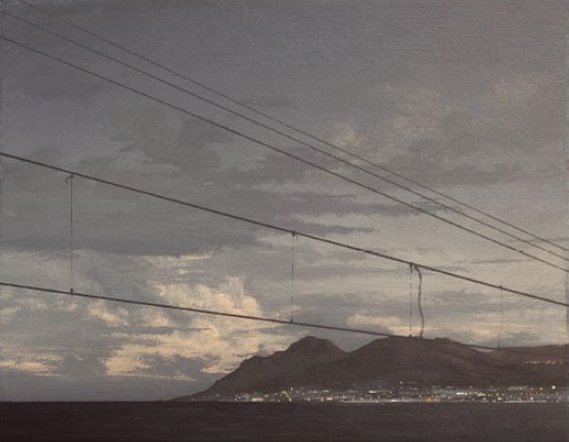 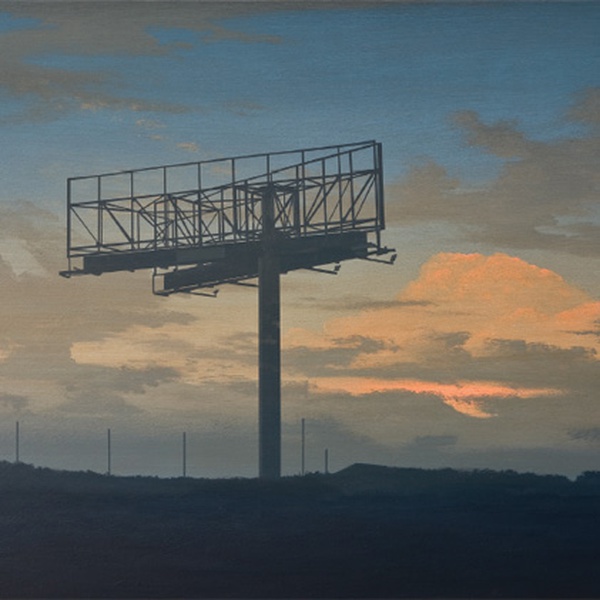 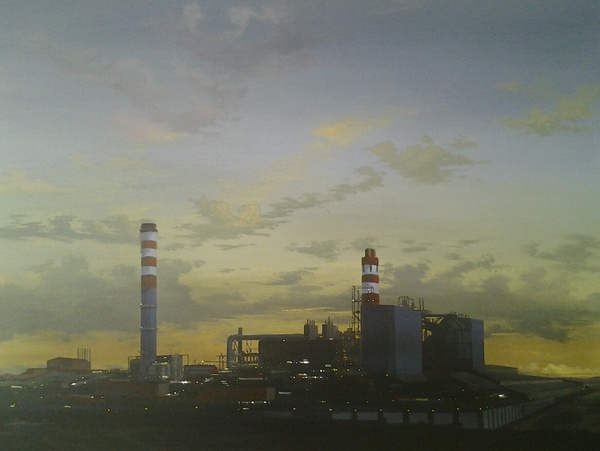