Despite their initial, almost photorealistic appearance, it would be a mistake to assume that the brooding landscapes of MJ Lourens are simply exercises in exactitude. Their apparent realism contains within it a consistent surrealism, a continuous exploration of the liminal and peripheral, a permeating stillness that disrupts the familiarity of the distant cityscapes. While certainly standing testament to Lourens’ exceptional skills as a painter, these images also, and perhaps more importantly, record the artist’s ongoing meditations on the relationship between place and subjectivity, and the ways in which the two continuously determine each other.

Within this meditation, the line between internal and external is blurred, or indeed, expanded into into an independent space of its own. The notion of the “in between”, that is to say the liminal, reoccurs time and time again in Lourens work – in between night and day, here and there, urban and suburban, presence and absence. This collection of work also in turn signifies a shift in the artist’s approach as he extends the notion of the “in between” to the actual painted surface, pushing further and further into the space between figuration and abstraction, control and intuition. Thus Lourens attempts to achieve “proximity by proxy”, that is, an intimacy with the landscape accessed not through exact transcription, but instinctive response and re-envisioning.

This repeated evocation of the liminal, and the subjective reimagining of a landscape recalls Lourens’ Surrealist influences – influences which are perhaps not immediately apparent but nevertheless profoundly present. Taken in particular with the work of Salvador Dali, Yves Tanguy and Giorgio de Chirico from an early age, Lourens’ visual language has absorbed the melancholy and quietude with which these artists rendered their bizarre landscapes. With the Surrealists as with Lourens, the imagined projection into the landscape parallels an interrogation of the self, the evaluation of distances becomes a mapping of subjectivity.

It is through juxtaposition and disjunction that Lourens works to catalyse this interrogation, while simultaneously activating the landscape and reminding us of our place within it. By drawing attention to those features of the urban landscape that habit has rendered invisible to us - such as telephone poles, billboards, scaffolding or fences – the relationship between the self and the space it occupies is energized and made more palpable. This repetition of imagery, together with the consistent depiction of vast cumulus clouds and sunset skies, could be said to act as a certain kind of mantra for the artist, with each painting acting as a space in which to consolidate and meditate on the memories and symbols which make up his highly personal interaction with the landscape. 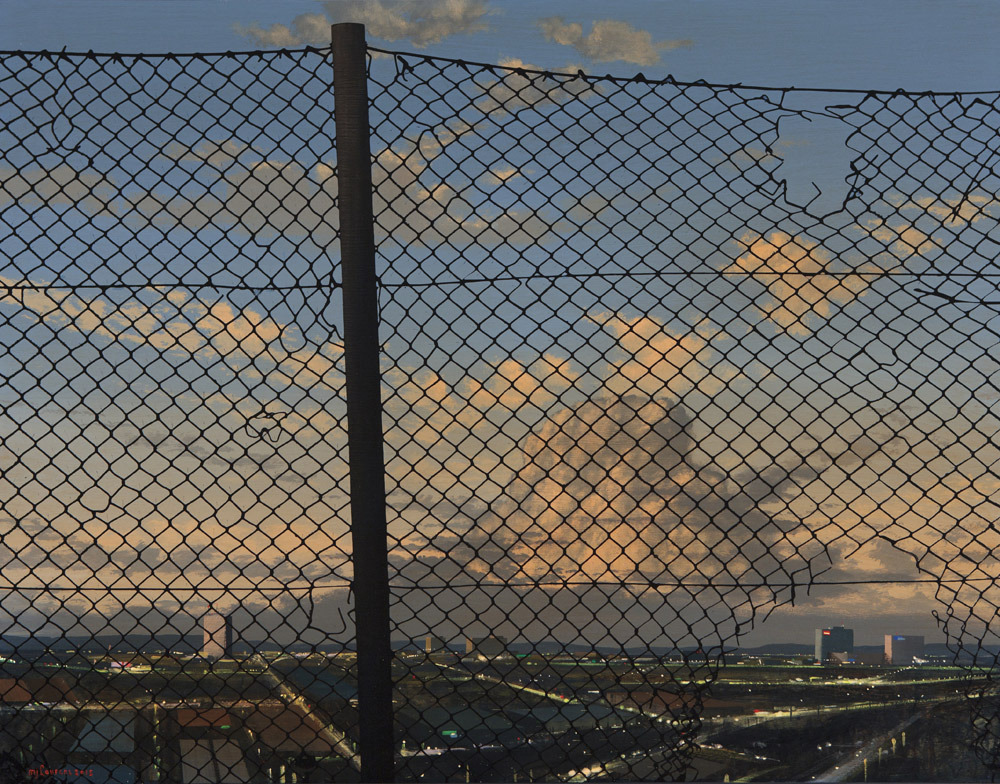 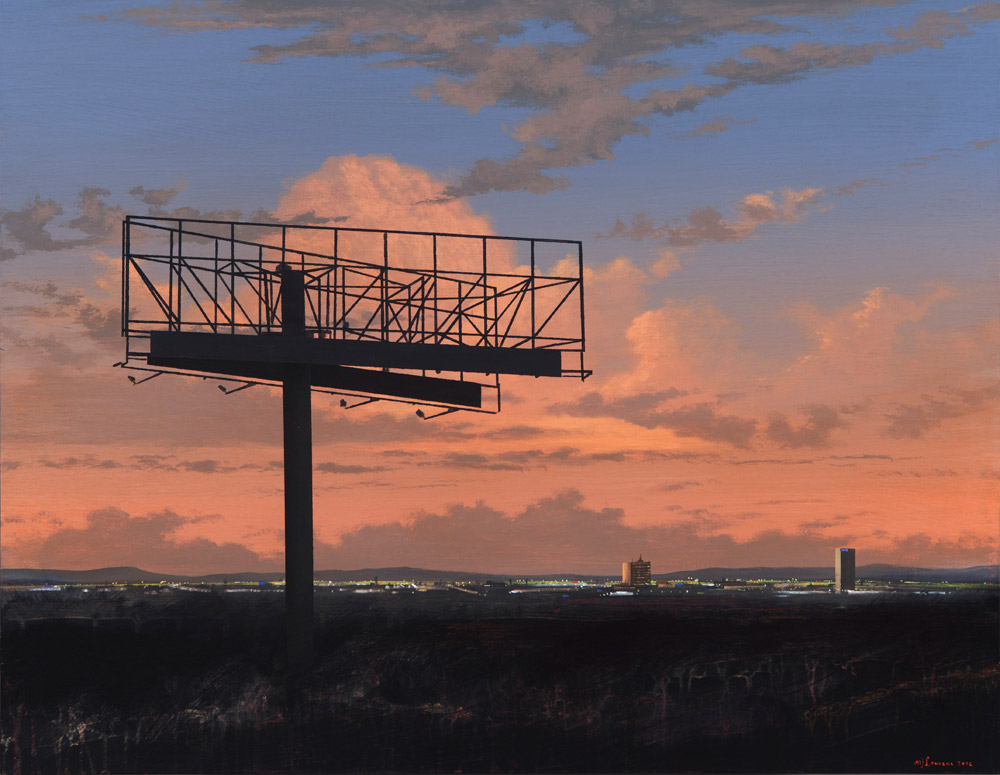 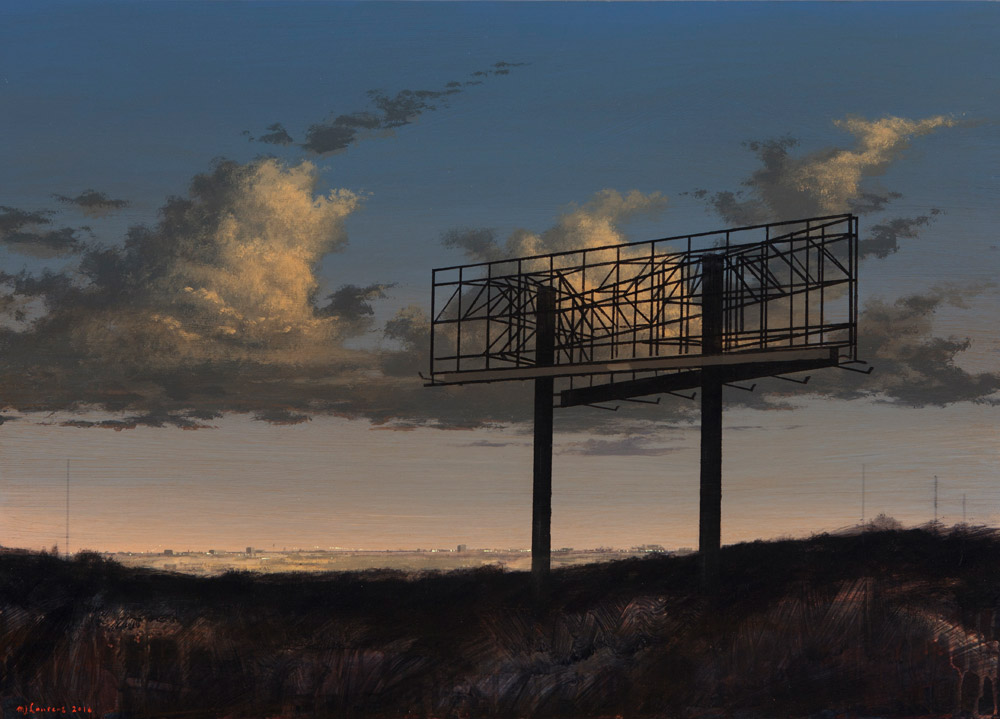 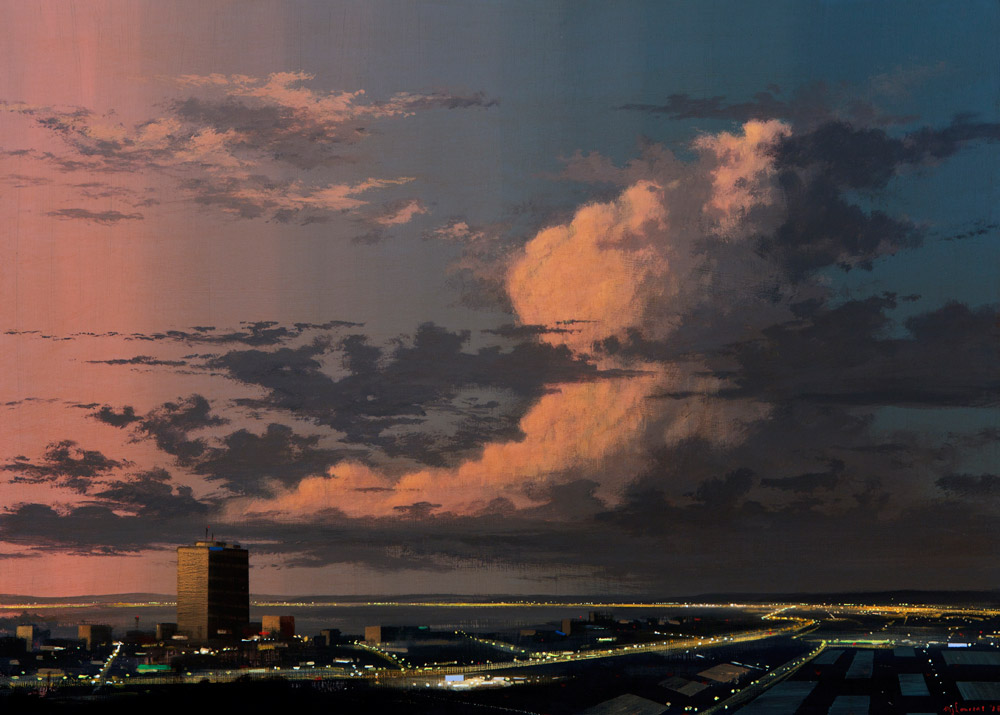 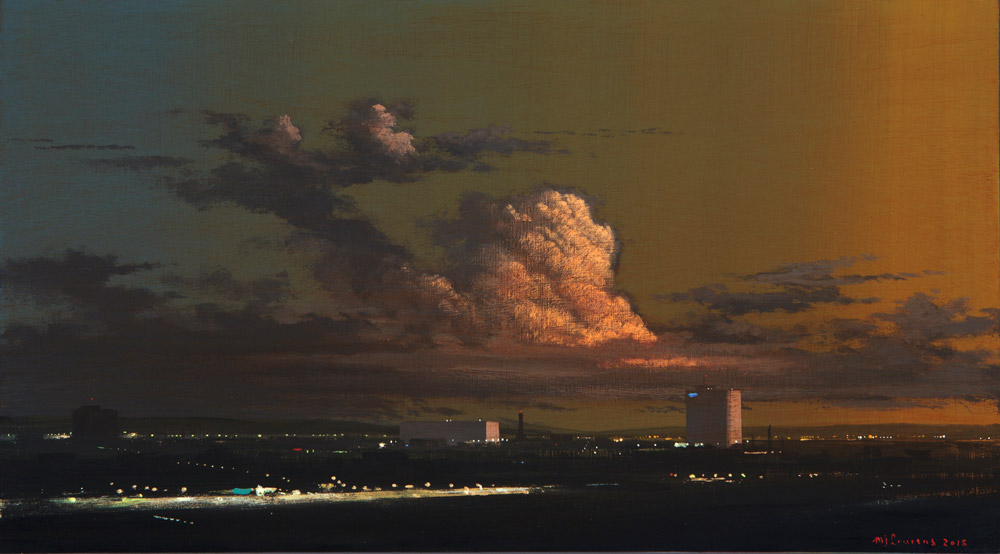 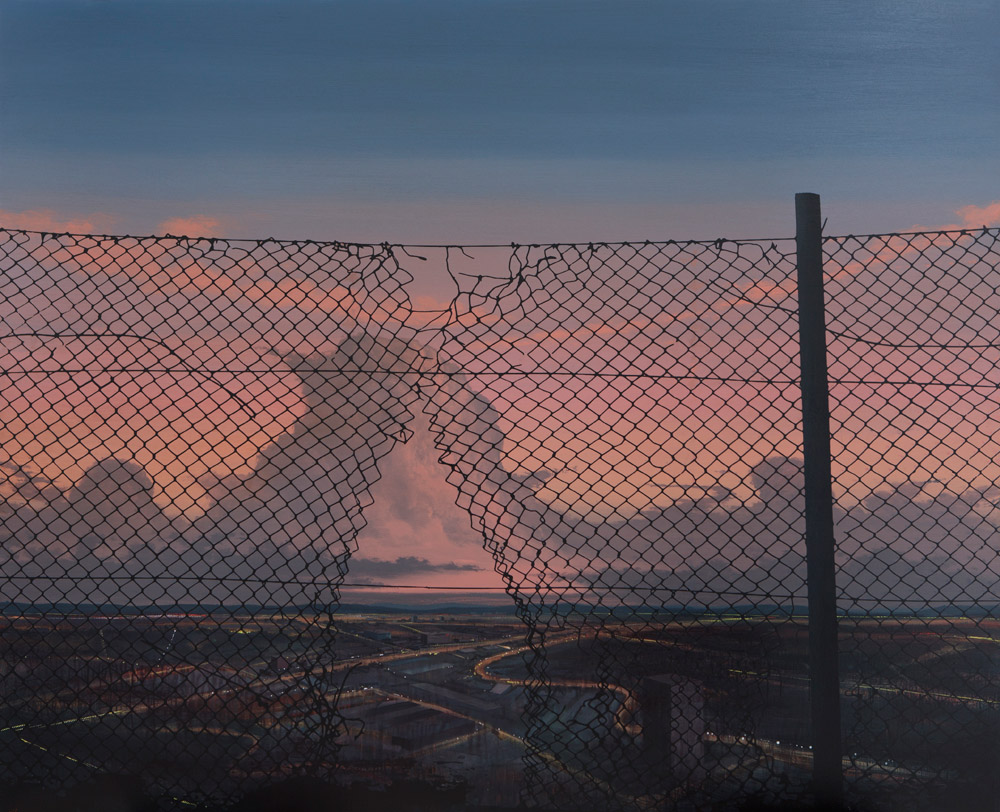 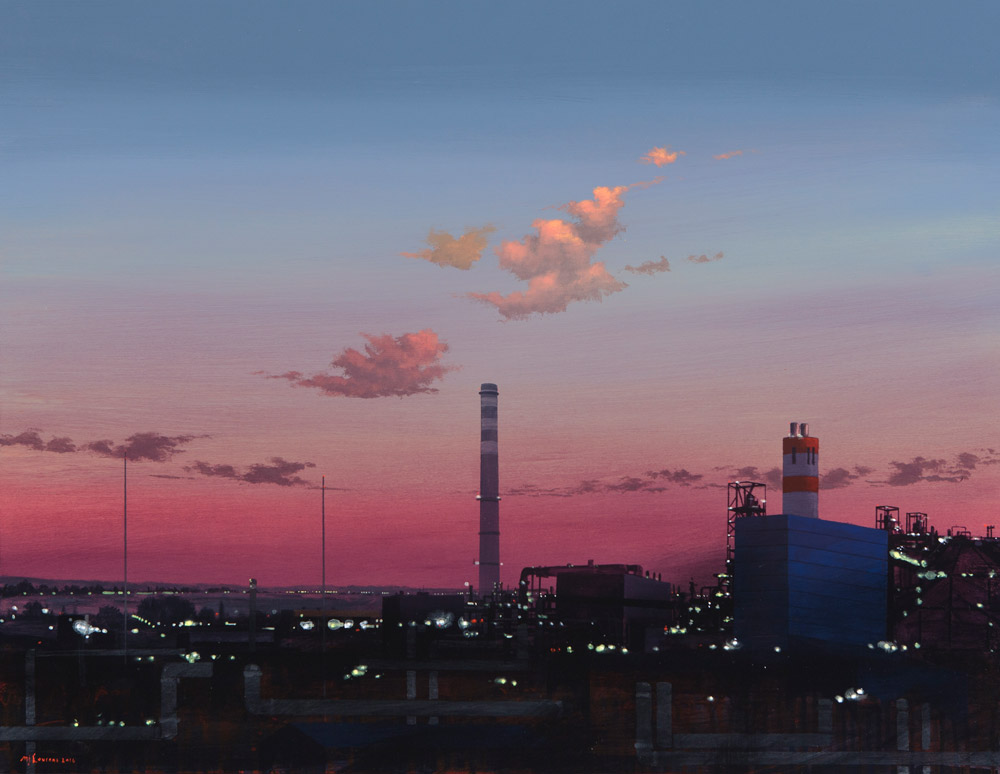 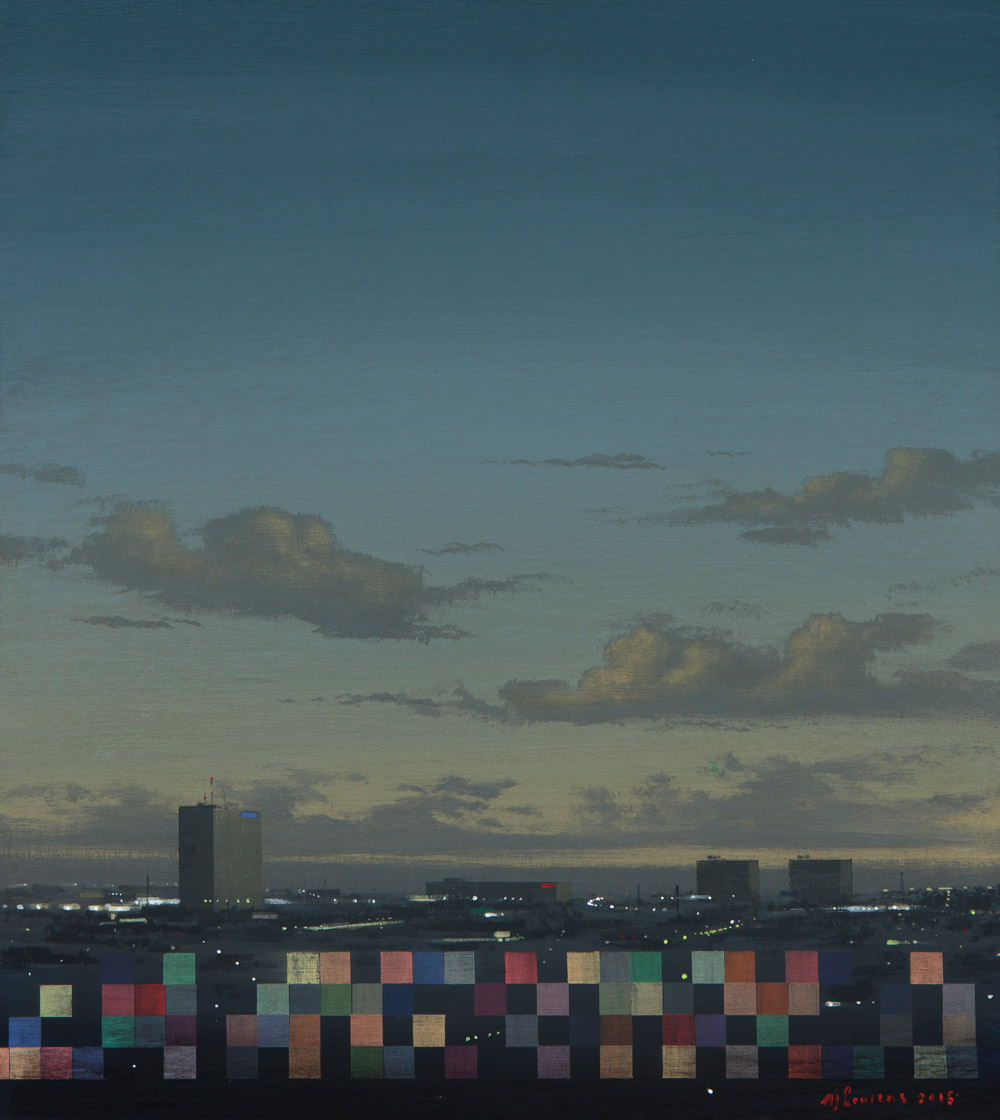 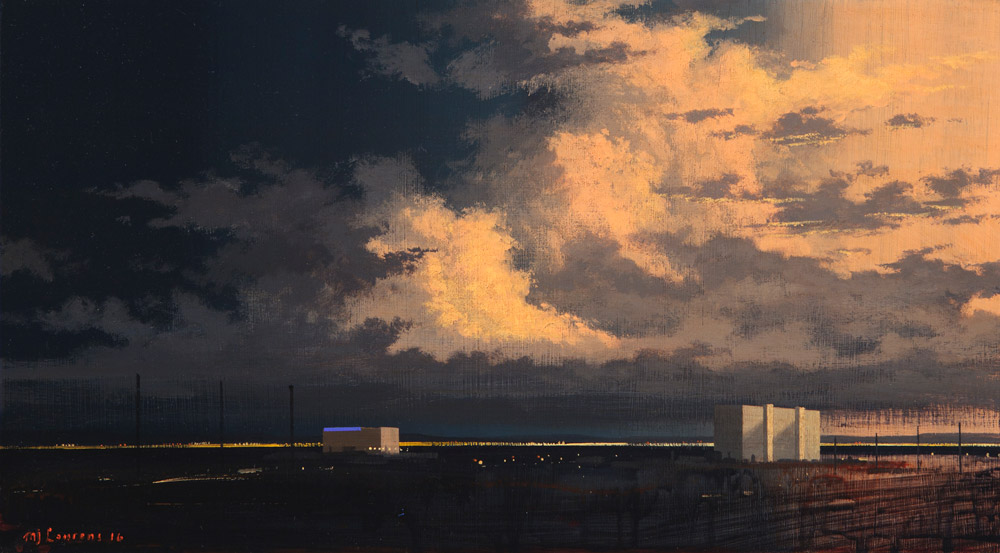 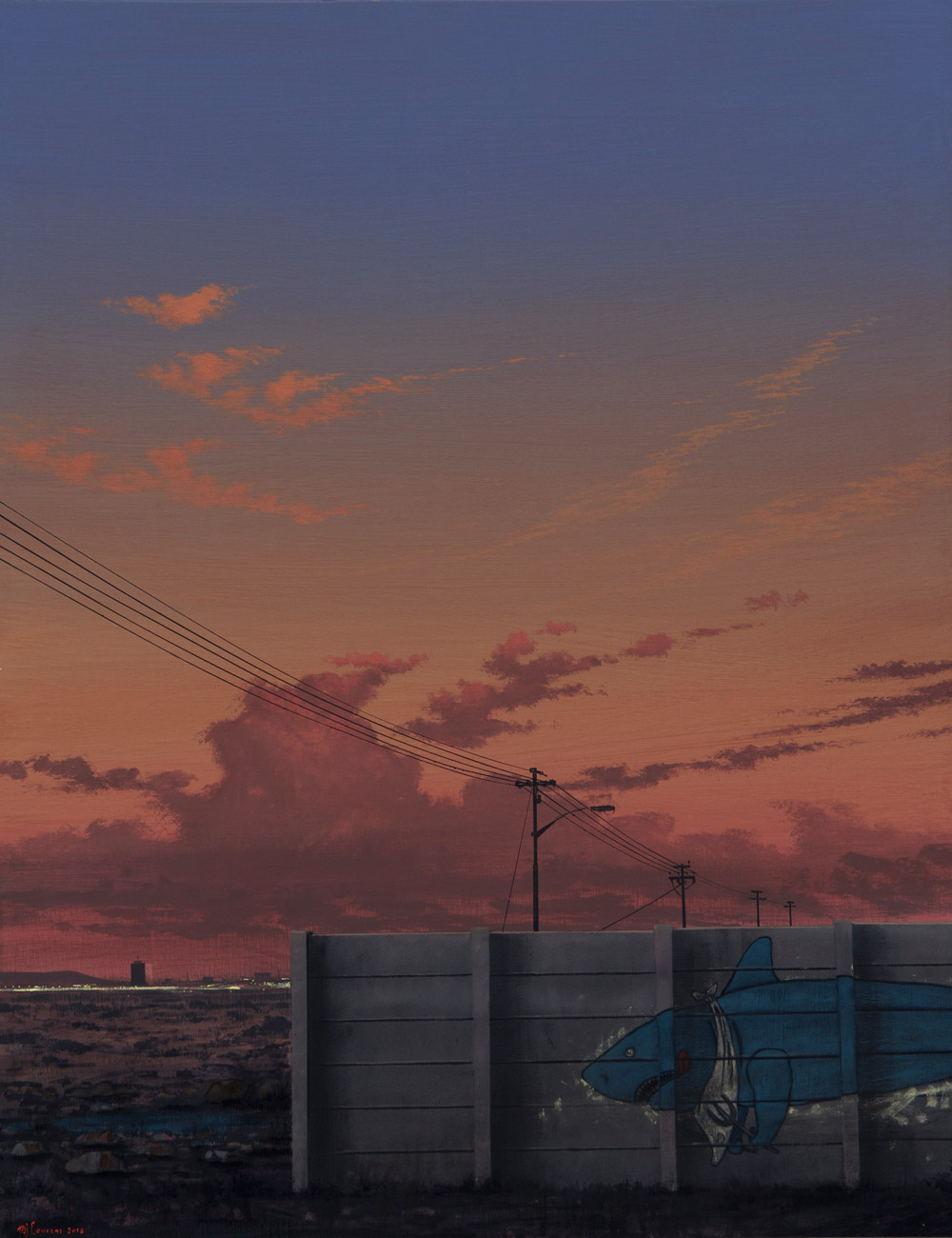 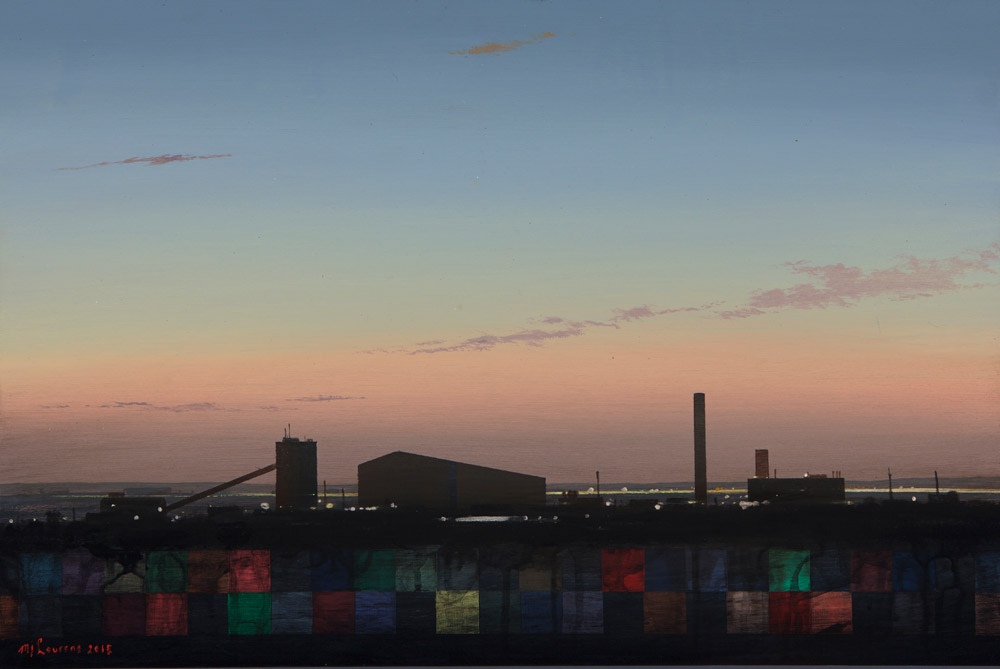 Industria
Acrylic on board
40 x 60cm 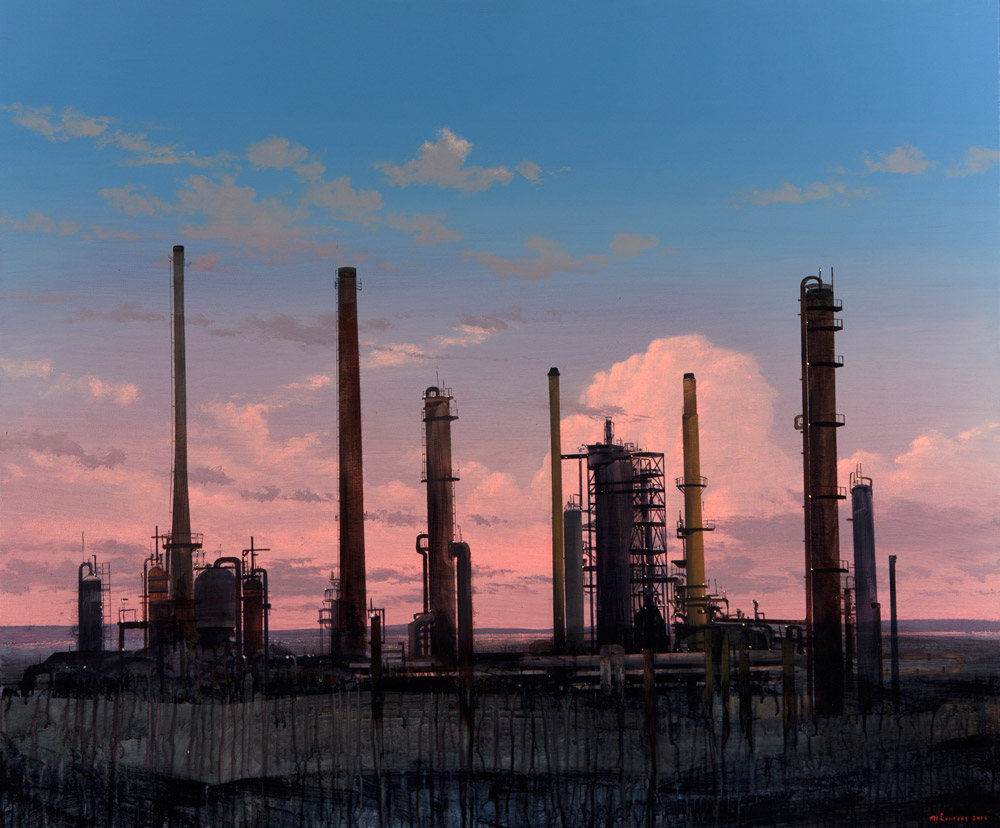 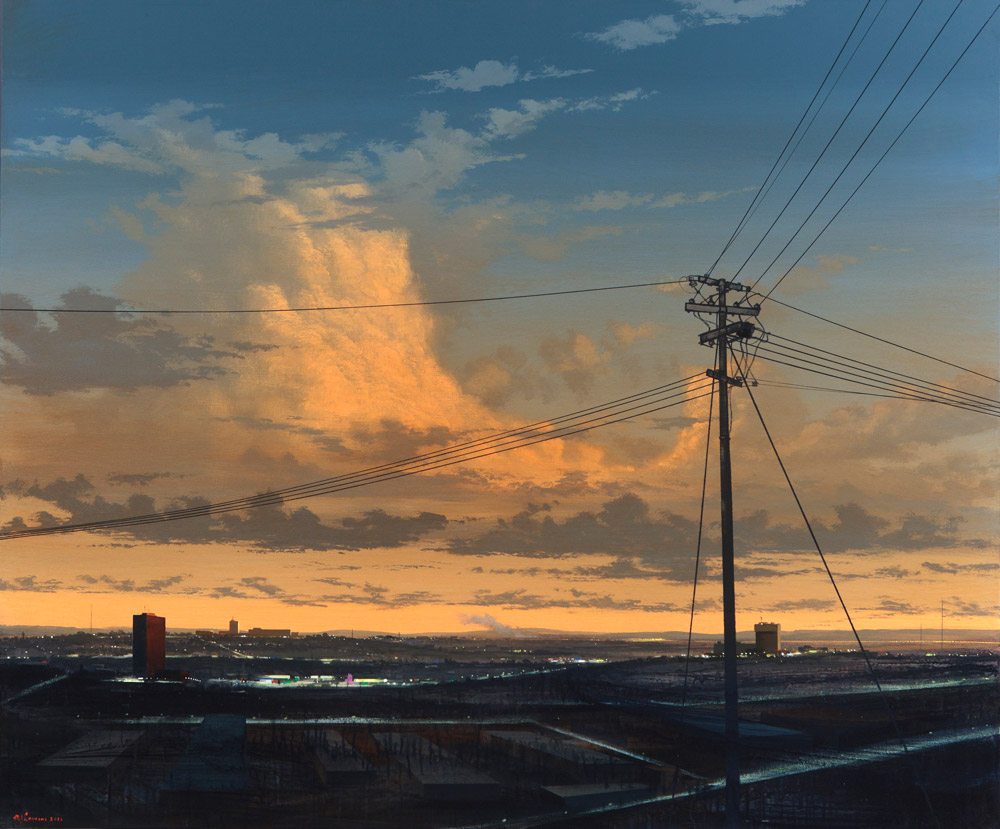 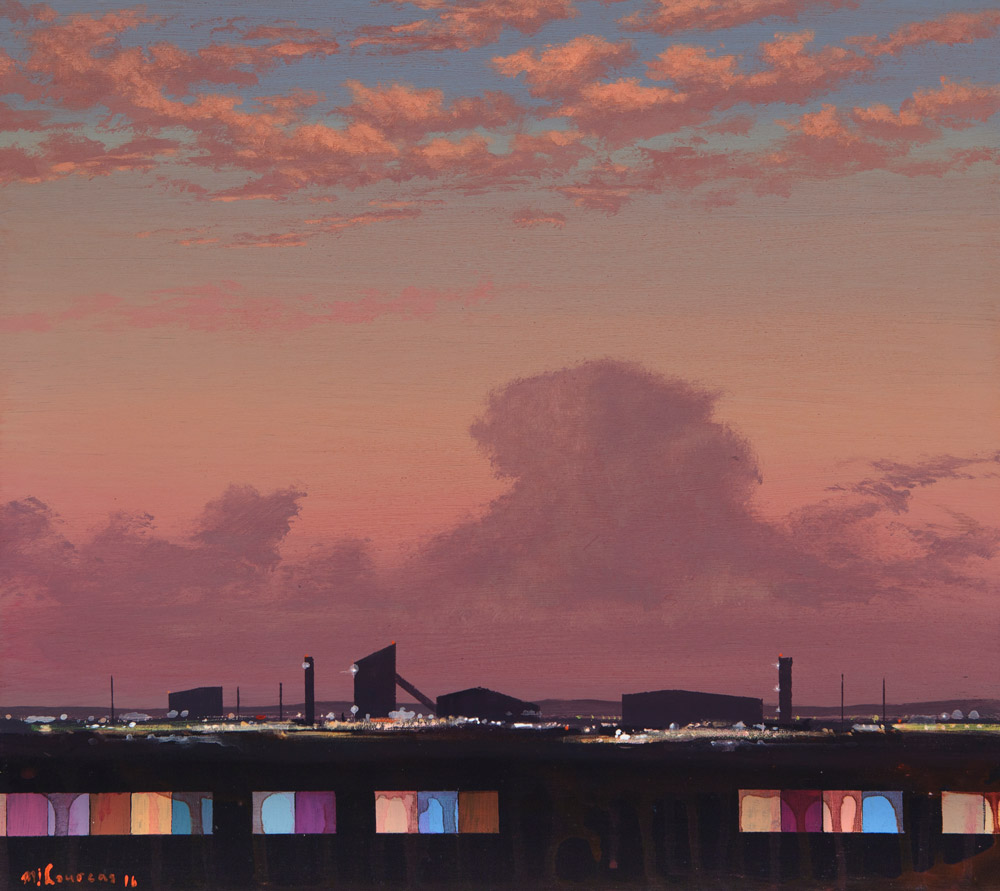 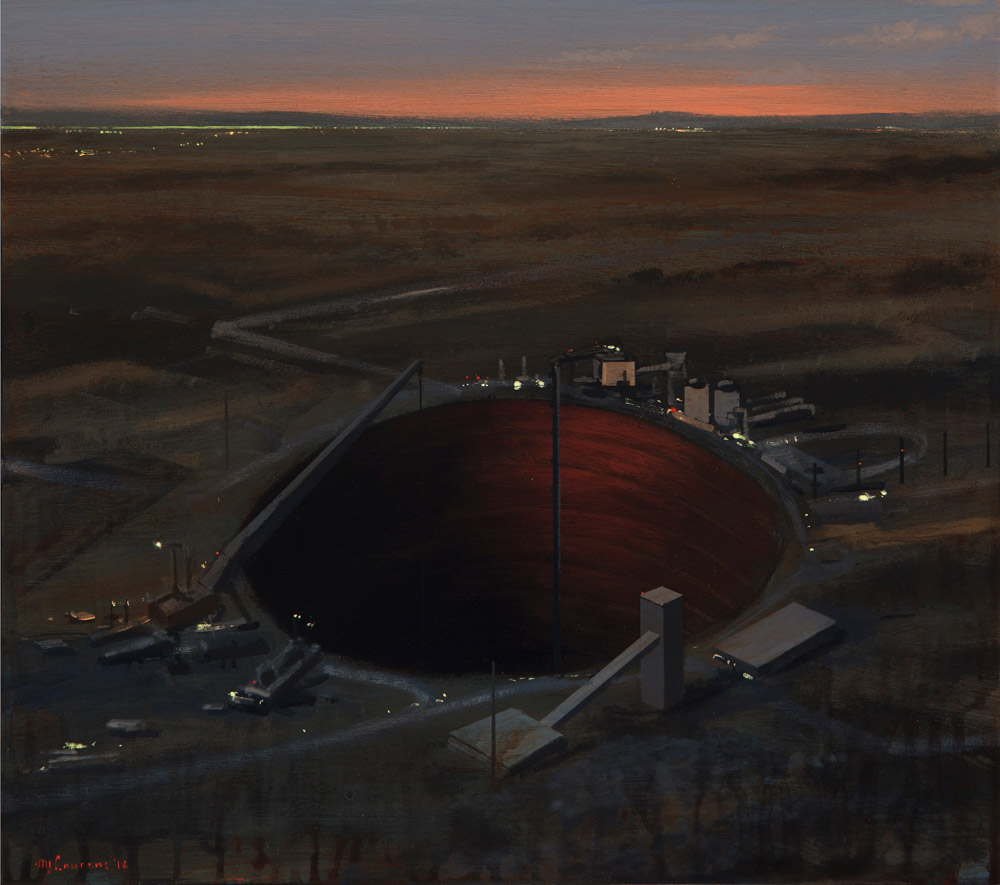 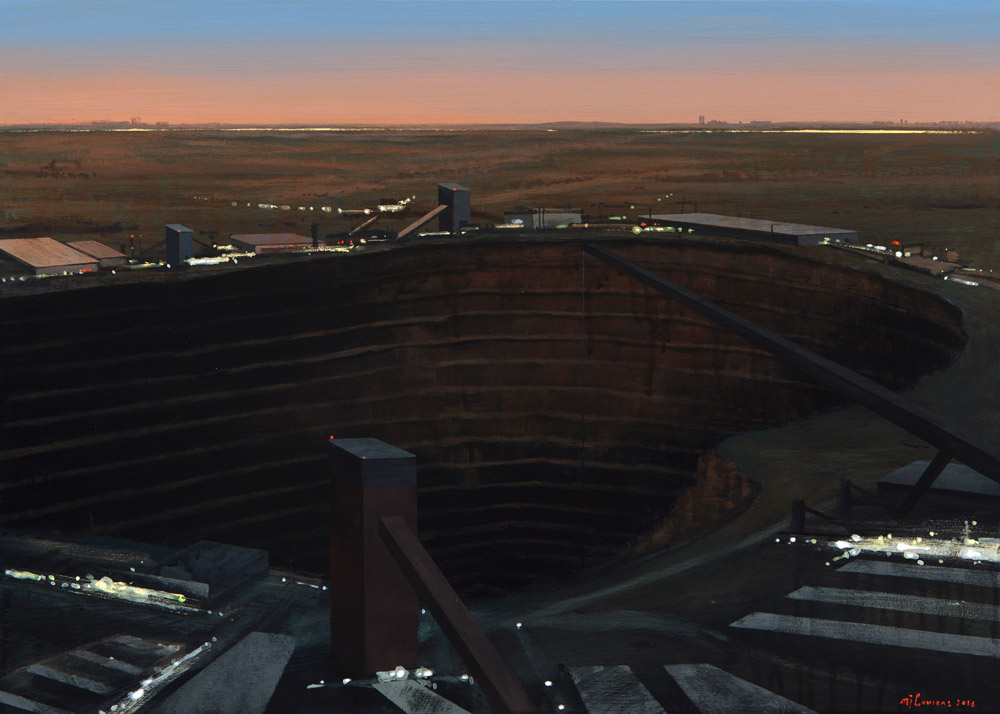 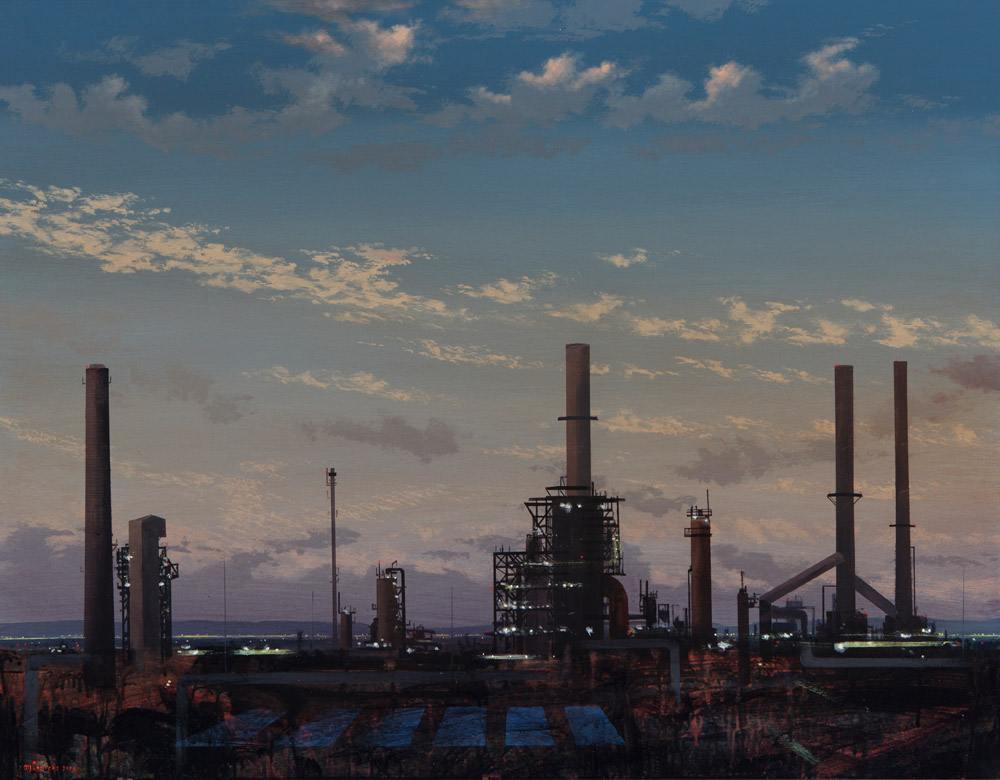 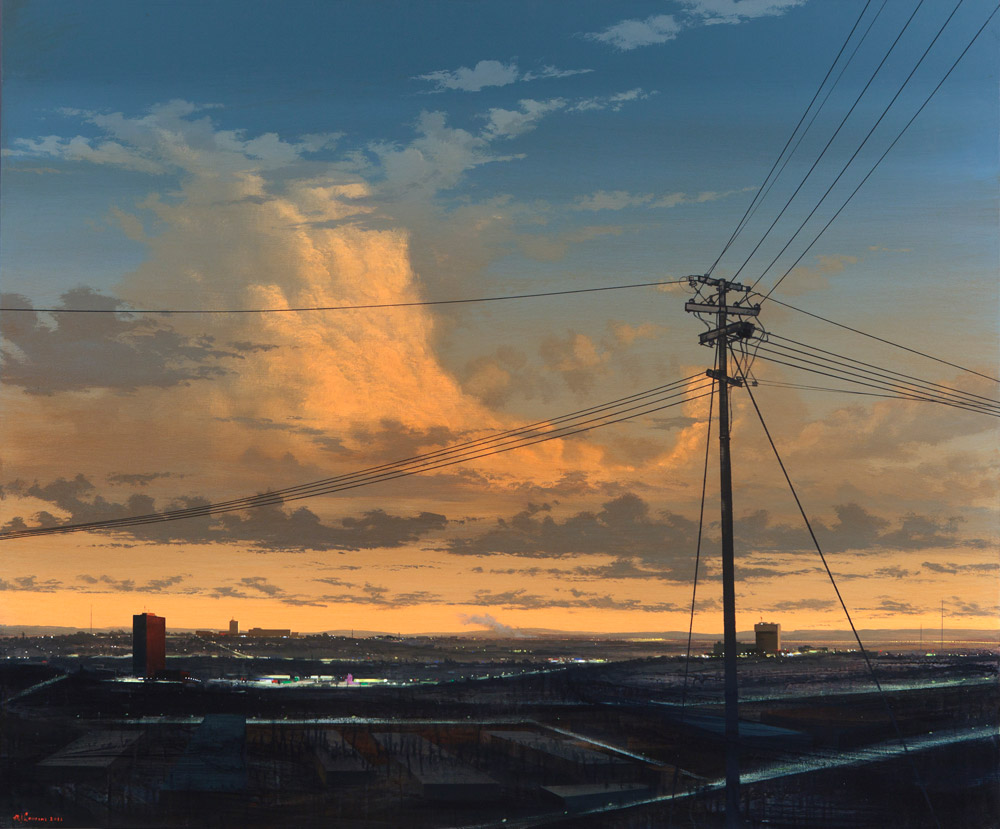 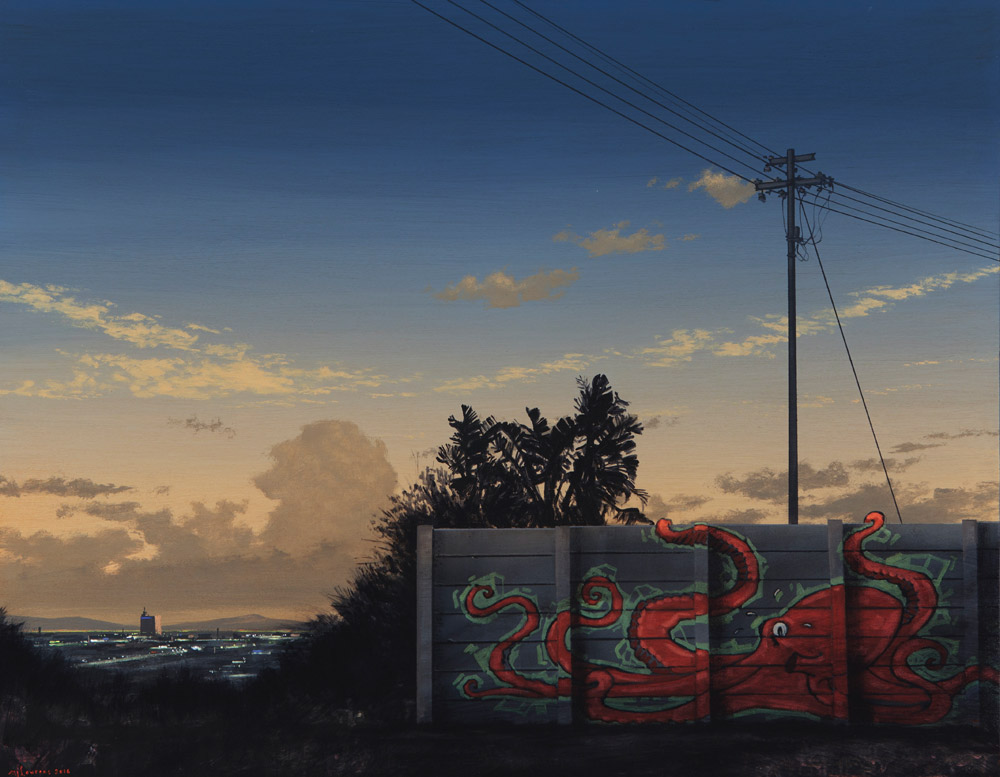 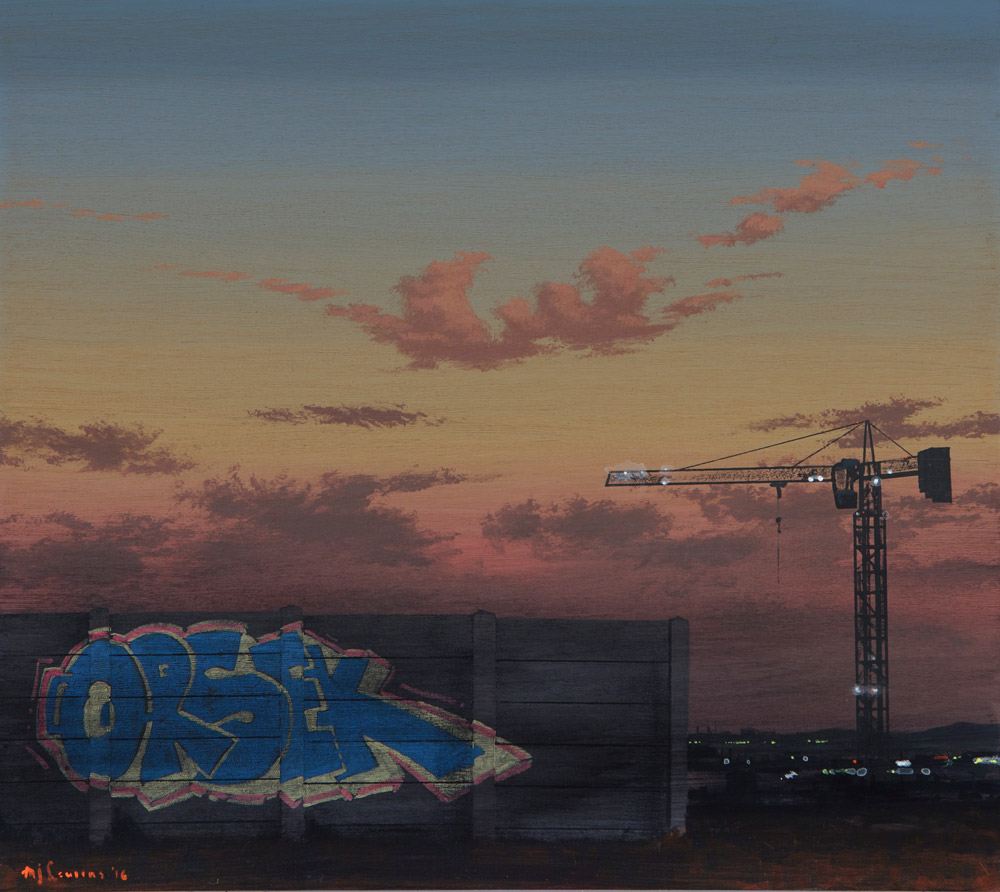 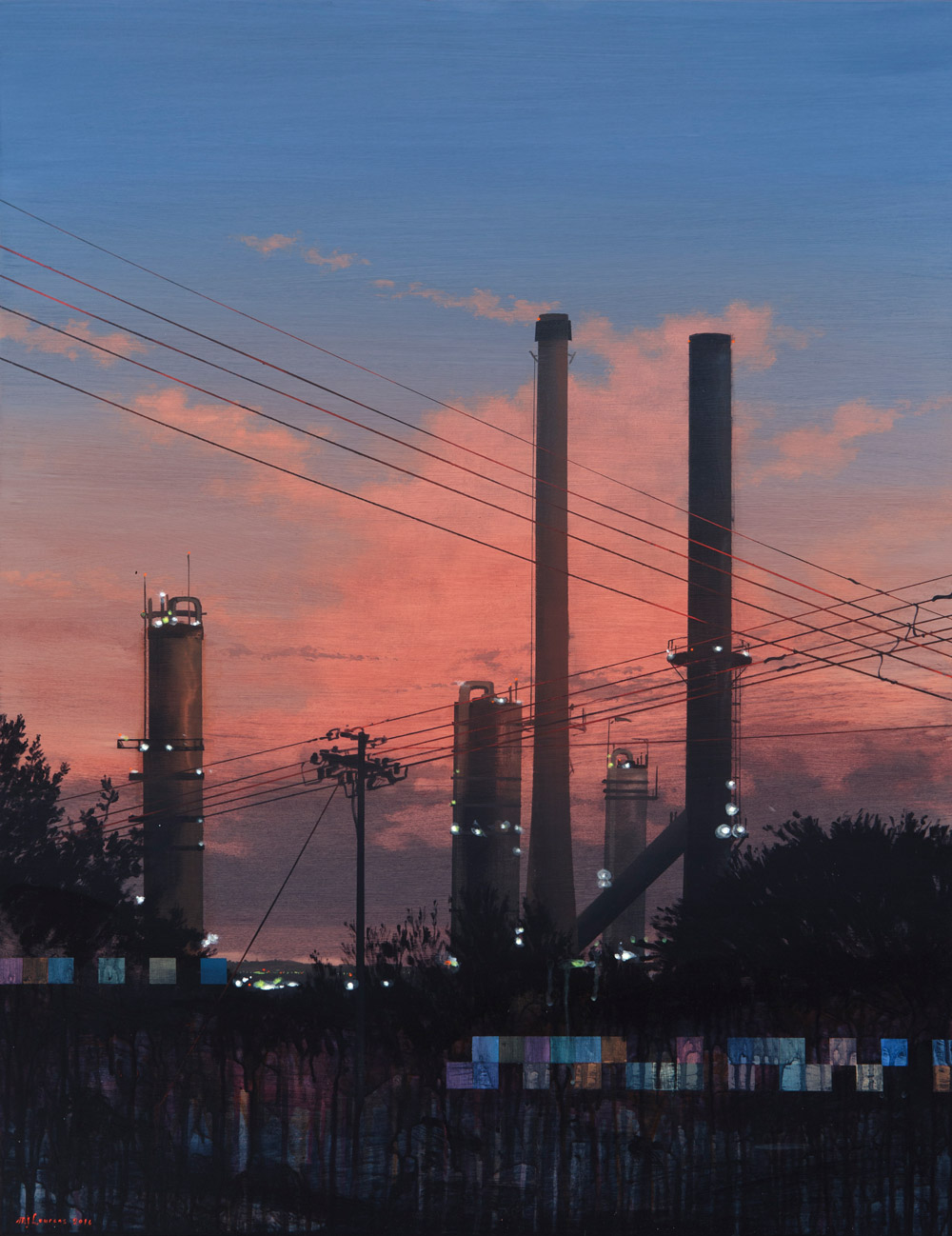 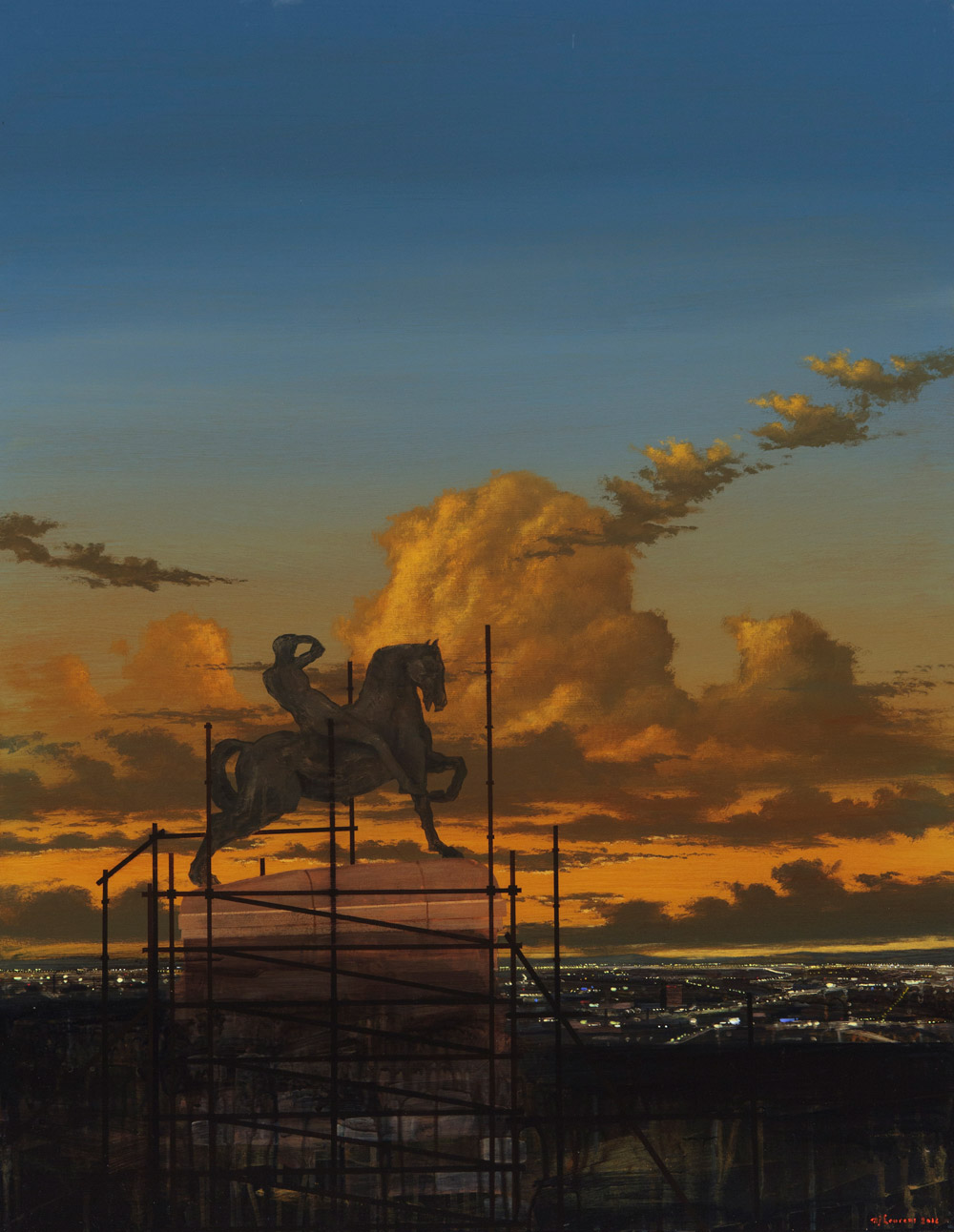 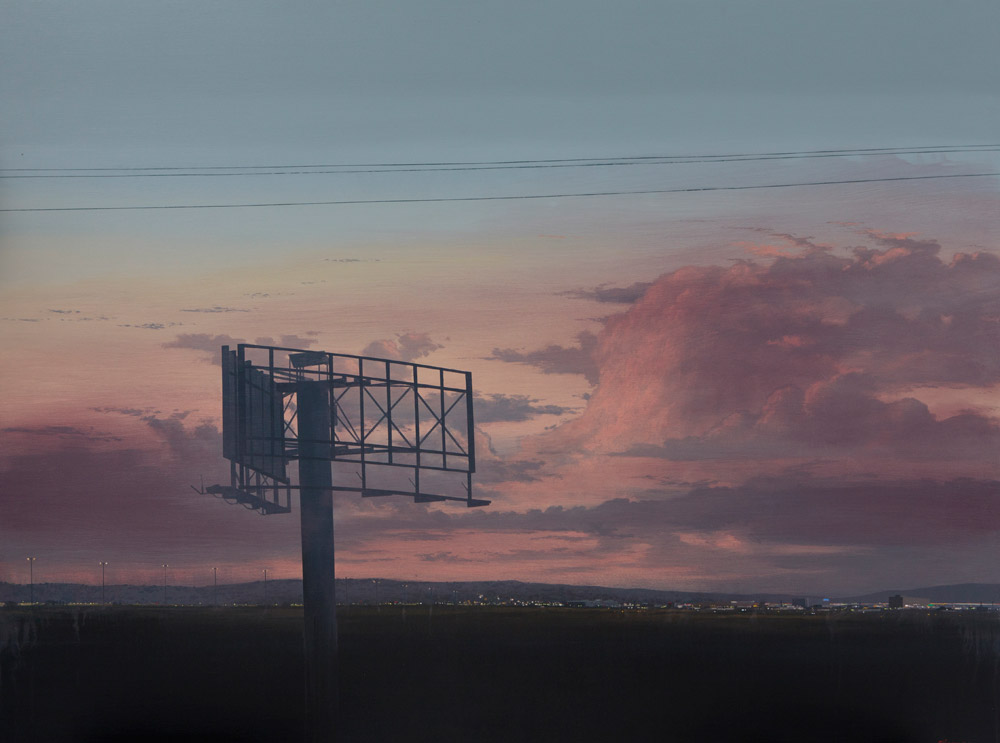 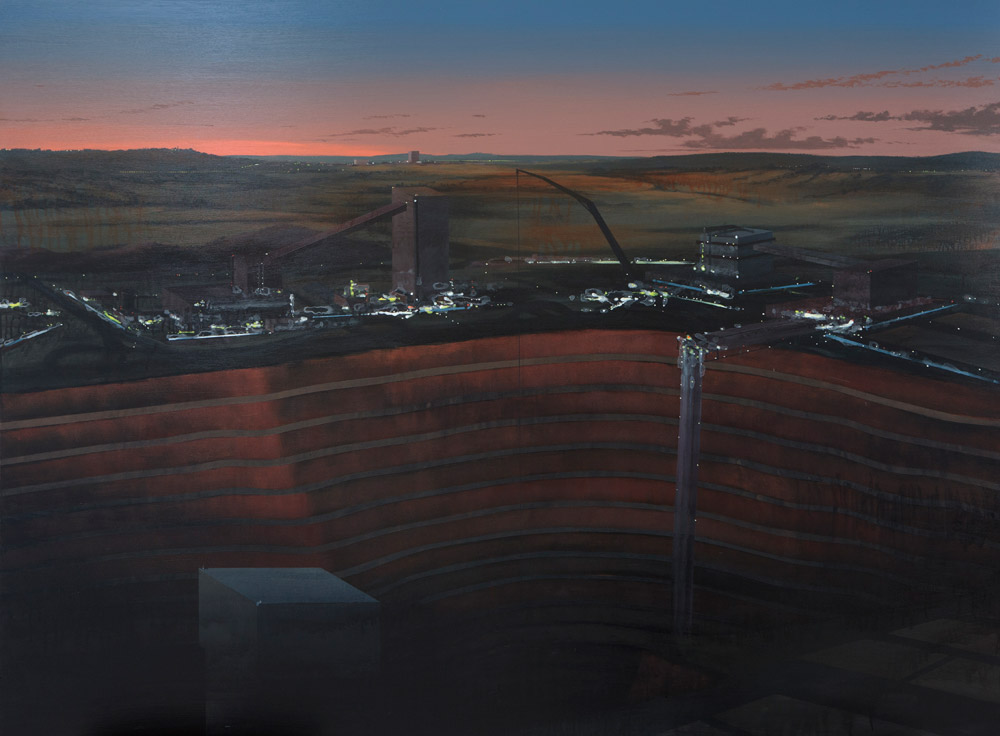 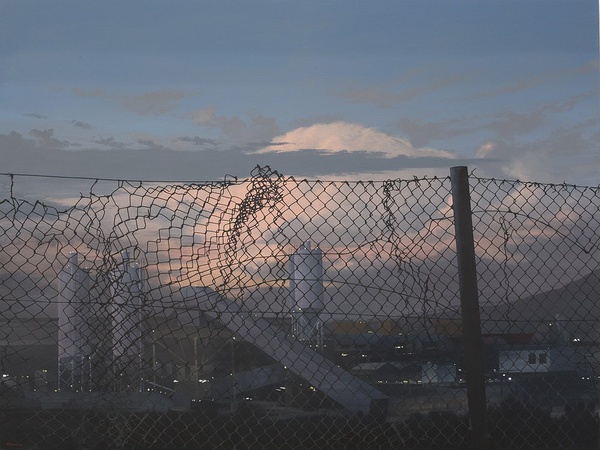 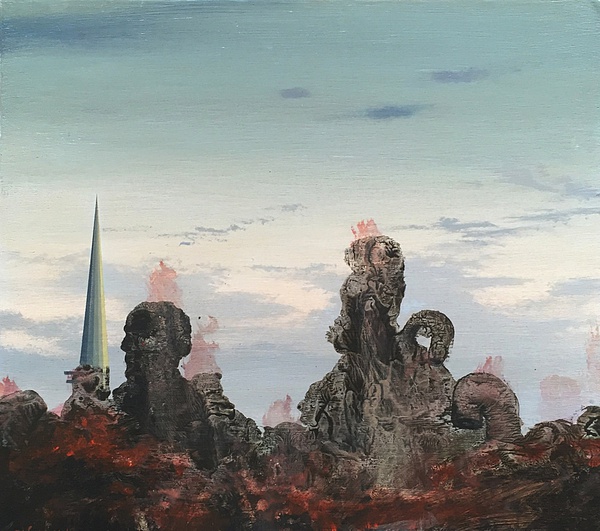