Entropy, a thermodynamic concept, can be most simply defined as a measure of disorder, used to explain transfers of energy and processes of time by registering the passage from order to disorder within a given system. Being an invisible entity, the title Views on Entropy sets up an interesting contradiction. Enclosed within this title is Lourens’ on going desire to capture the hidden and the liminal, forces out of sight, even as he faithfully records and meticulously depicts the apprehensible world in his signature photorealism. The title likewise signals a process of reflection, of observation, consideration; a process which Lourens continually engages with in a reiteration of spatial motifs. The artist’s return to similar scenes and variables – sky, cloud, dusk, industria — might be read as a mantra, a meditative practice, perhaps even an obsession. Just as with meditation, each reiteration of the practice initiates expansion, a widening of understanding.

As with his previous exhibition, Proximity by Proxy, presented by Barnard in 2016, Lourens is fundamentally concerned with the relationship between land and subject, and the degrees of separation between them. He continuously examines the dynamics of psychological imprinting on and within landscapes, a process which remains deeply personal to the artist. Land, memory and subjectivity remain inextricably intertwined, representing a relationship which is never without tension and unease. As his career progresses and his practice evolves, Lourens captures ever more subtleties within this relationship, this calibration of subject, landscape, sky and light. And yet, in choosing entropy as a guiding concept, Lourens signals that the outcome of this prolonged investigation is not order but disorder. What is sought for in this career long conversation with the dynamics of space is not a stabilisation but a destabilisation of truth, a multiplication of nuance rather than a reach for authority.

This investigation into entropy as well as the desire to move beyond the surface registers in Lourens’ techniques, which continue the work done in Proximity by Proxy in a loosening of brushwork, forms, line and texture. The contrast between highly realised forms and spaces of abstraction and play is even more striking in this new body of work. The pixel and pixelation appears as reoccurring motifs in here, as Lourens begins to consider the ways in which digital media affect the way we view representations of space. The pixel, as a piece of visual information which has not successfully rendered and thus remains inaccessible, denotes a fractured image. It disrupts the viewing process, frustrating the viewer, concealing something from our view, obstructing our automatic assimilation of the image. A pixelated image thus challenges the authority of the viewer, denies our scopophilia. Thus Lourens is able to further extend his complication and confusion of surface, which is also present here in the presentation of film media as well as experimental “cut out” paintings. This rupturing of visual boundaries mirrors a fracturing of the boundaries within the spaces represented, and the delineations of self and other within them. 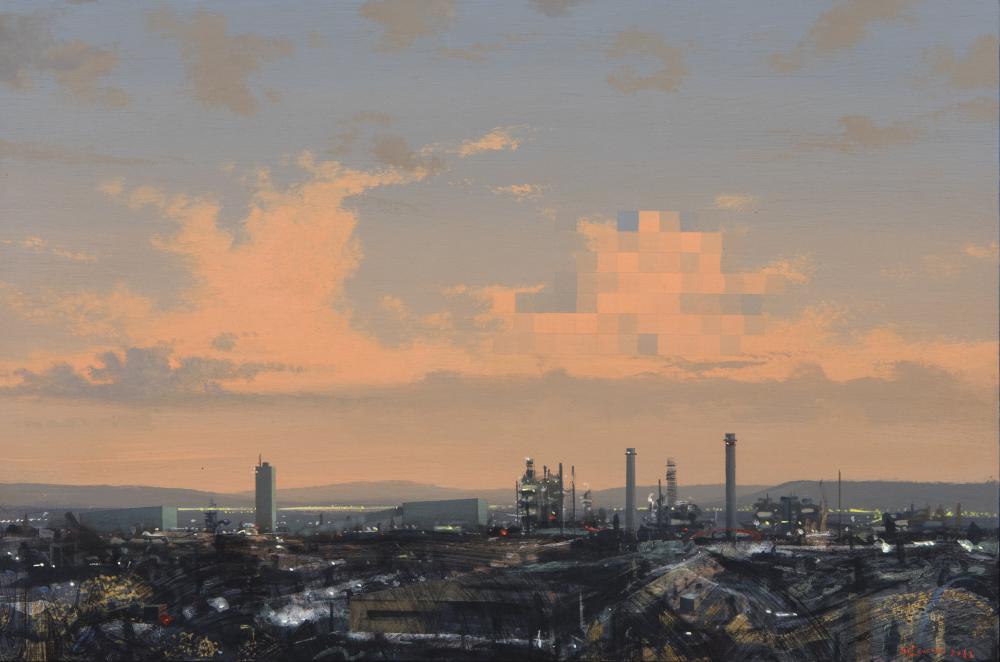 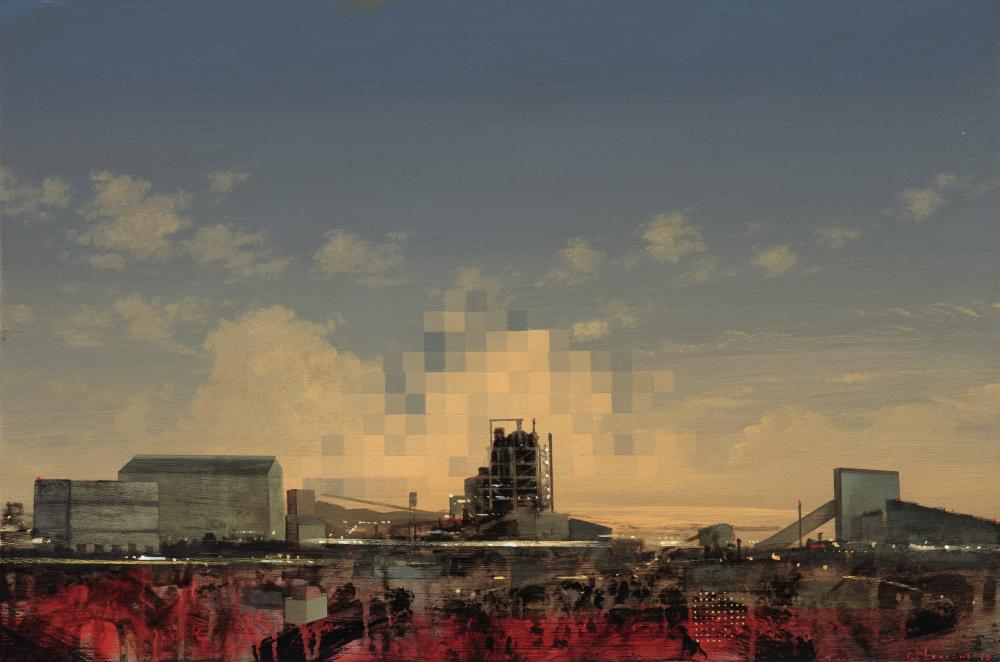 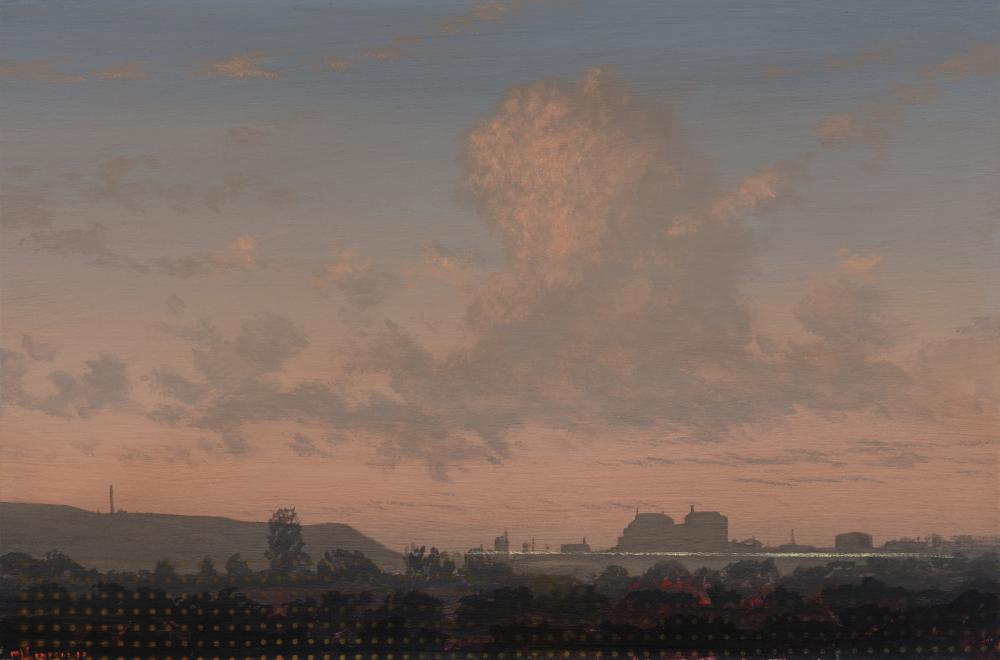 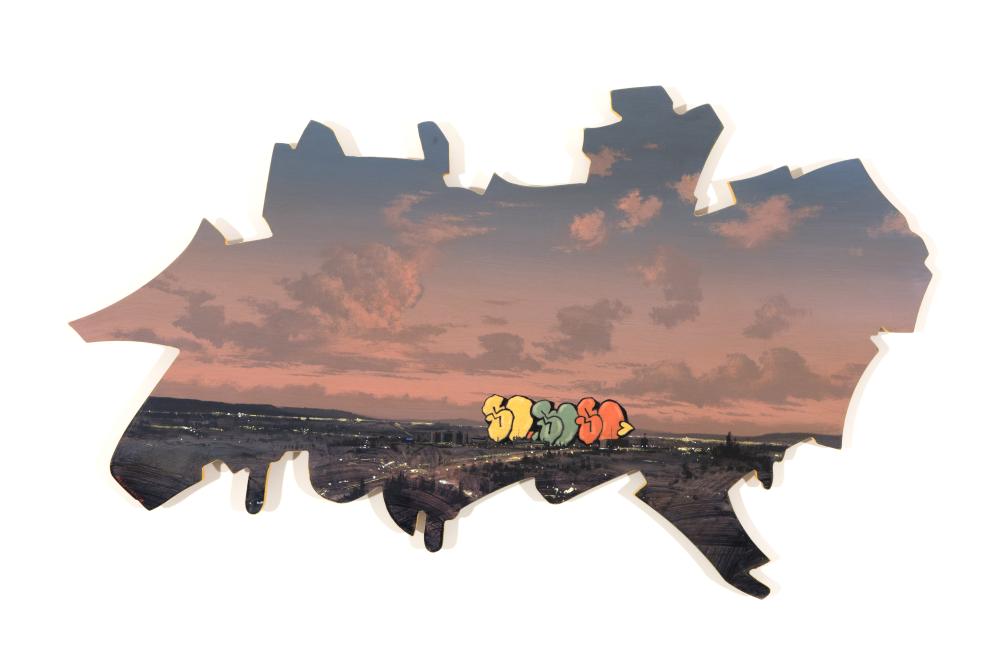 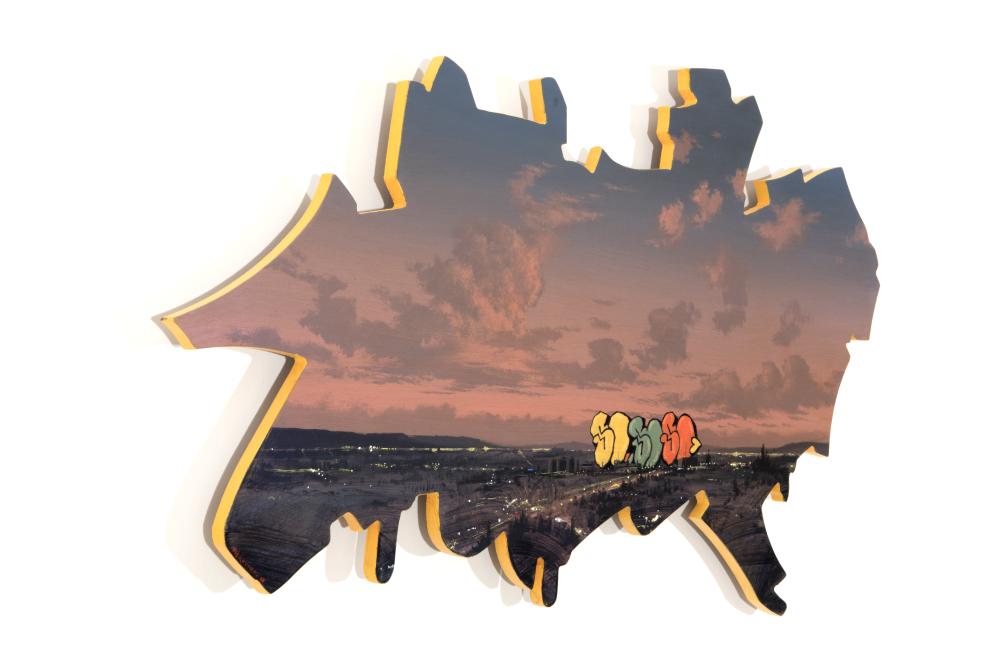 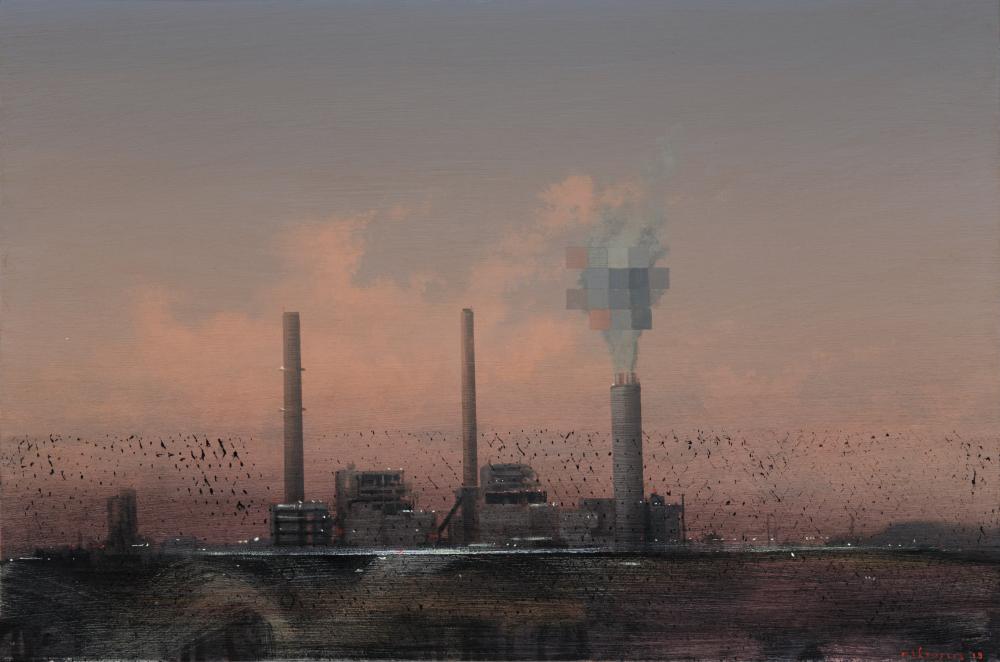 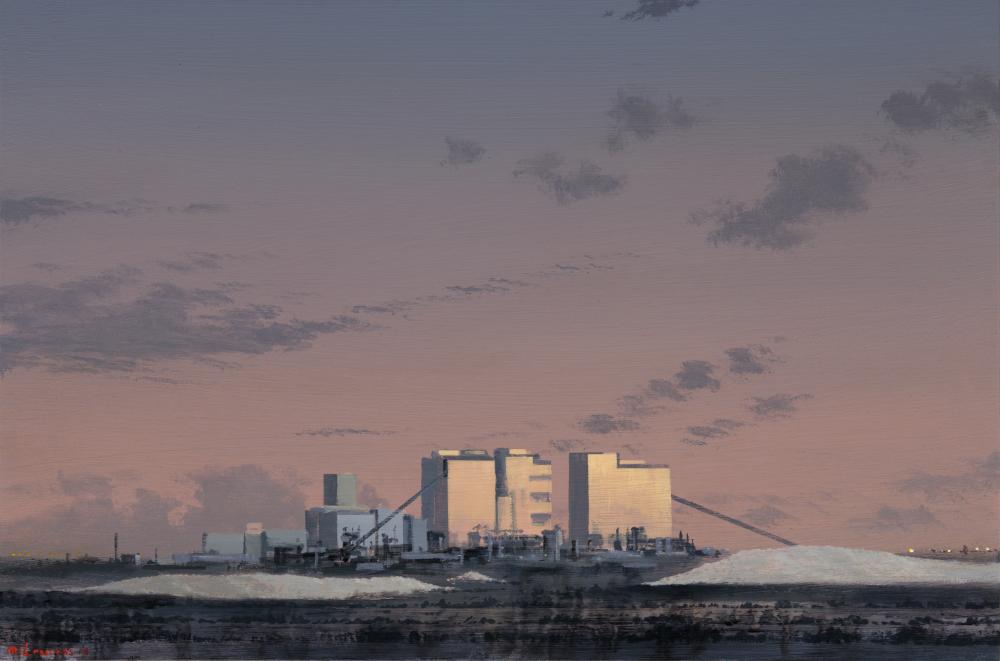 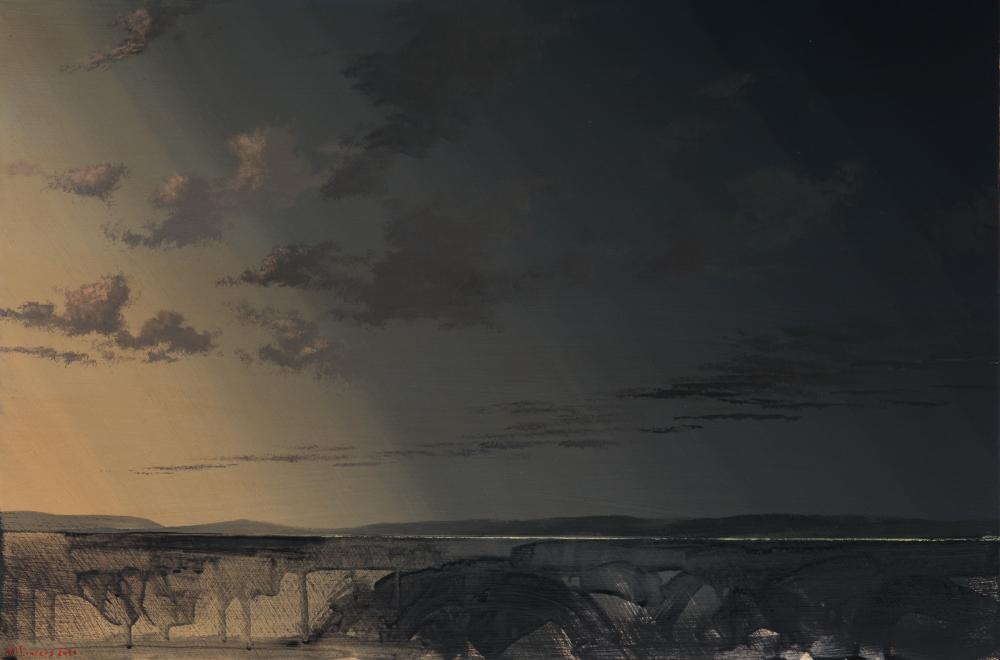 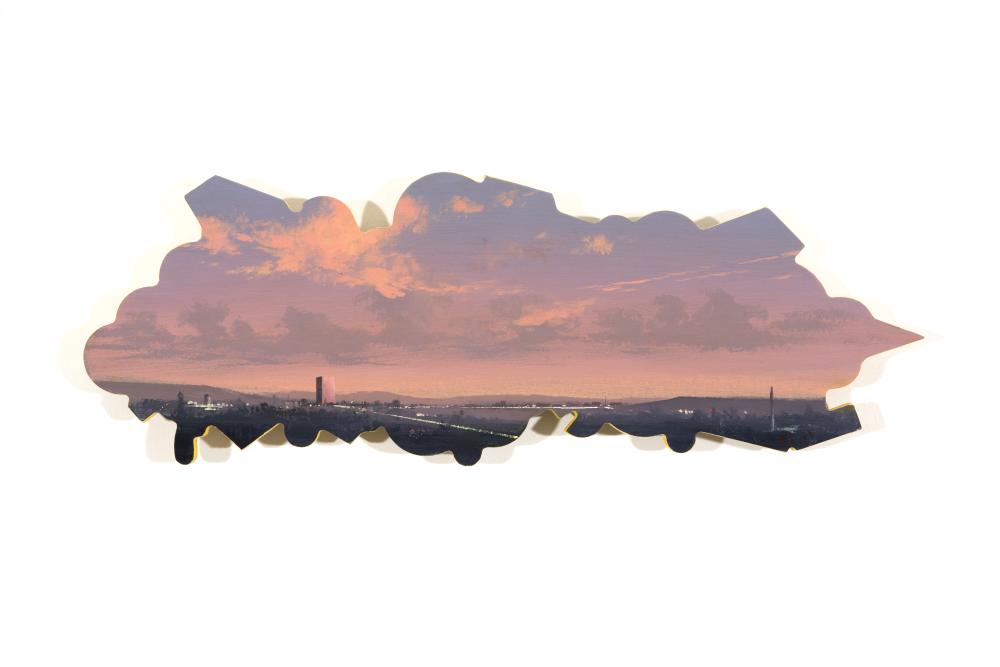 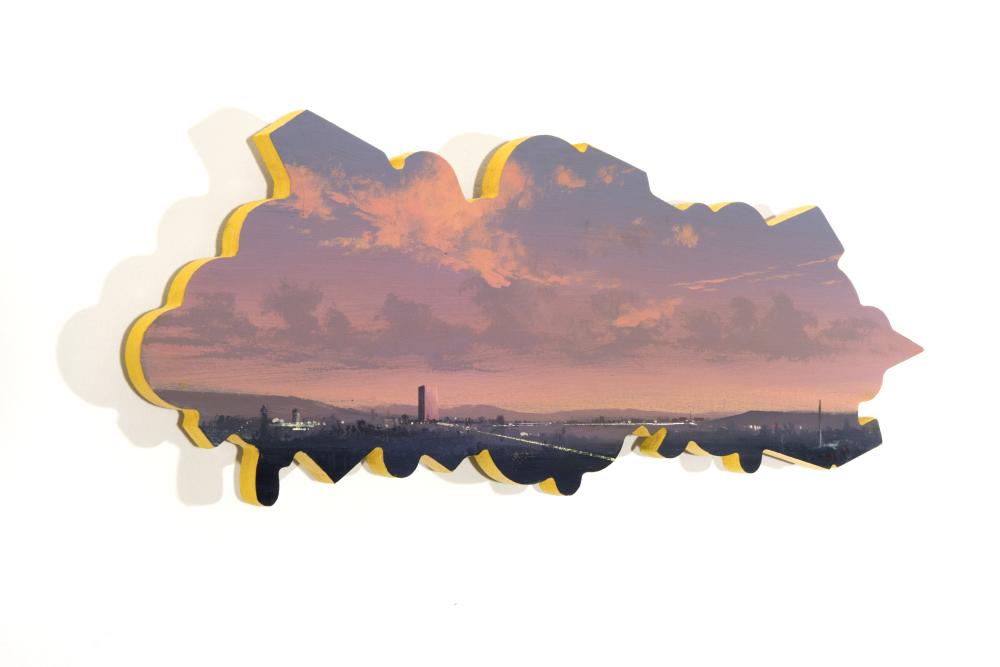 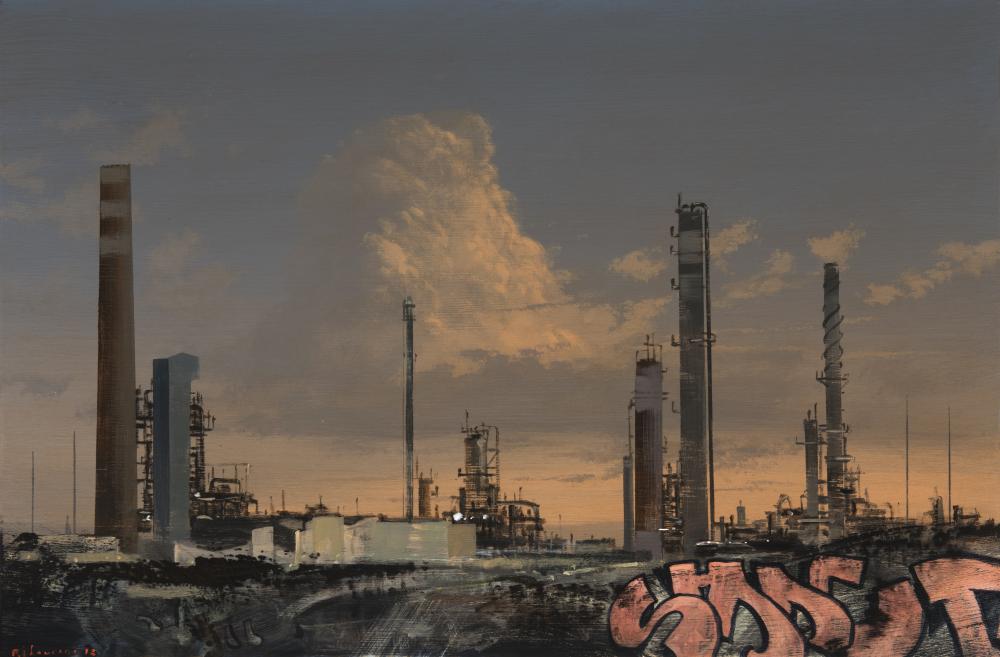 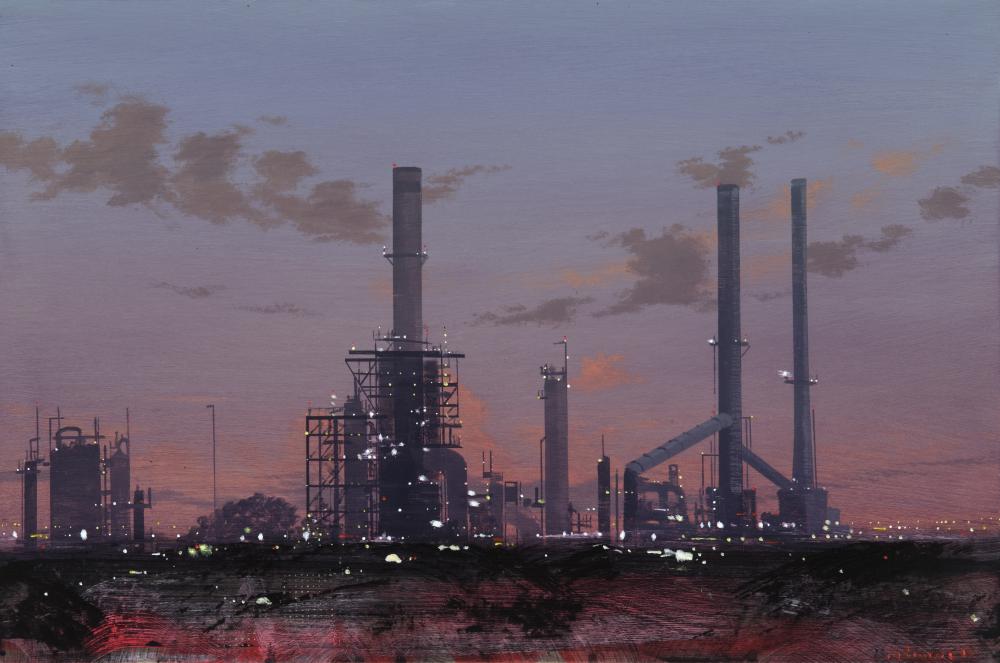 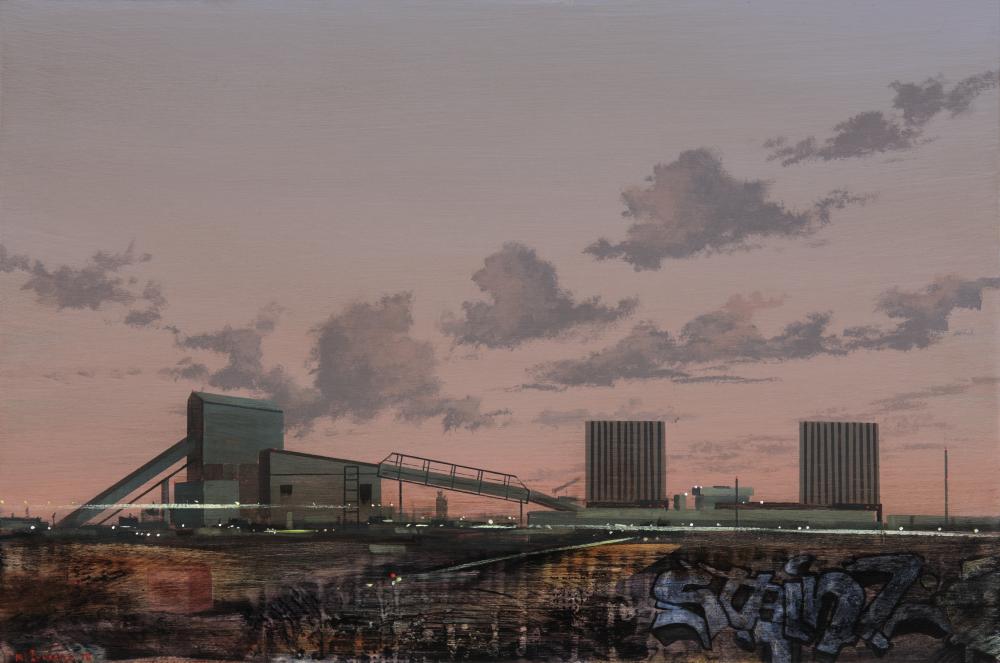 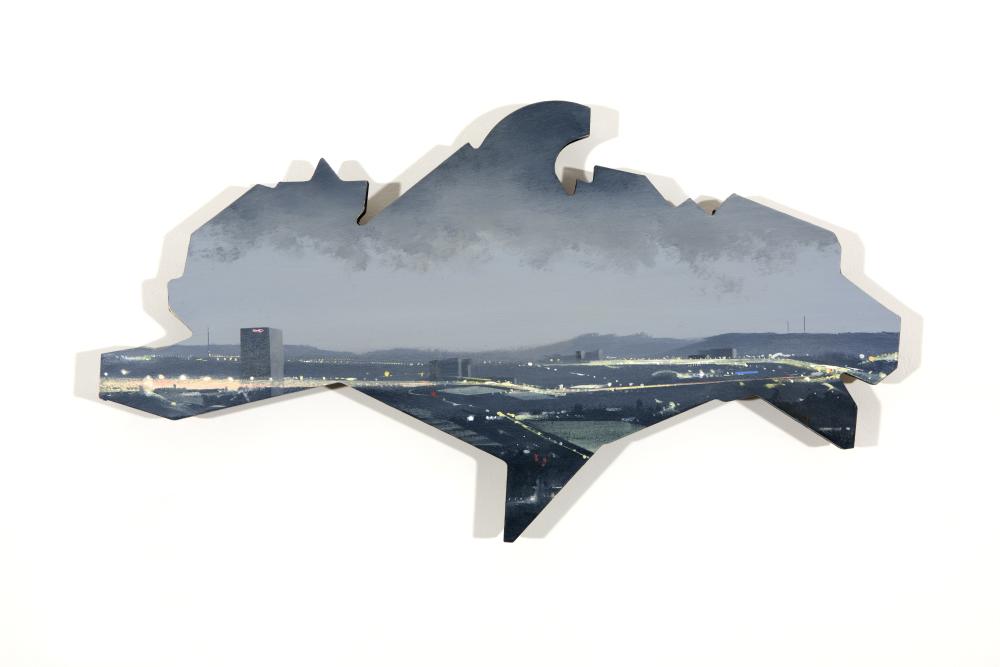 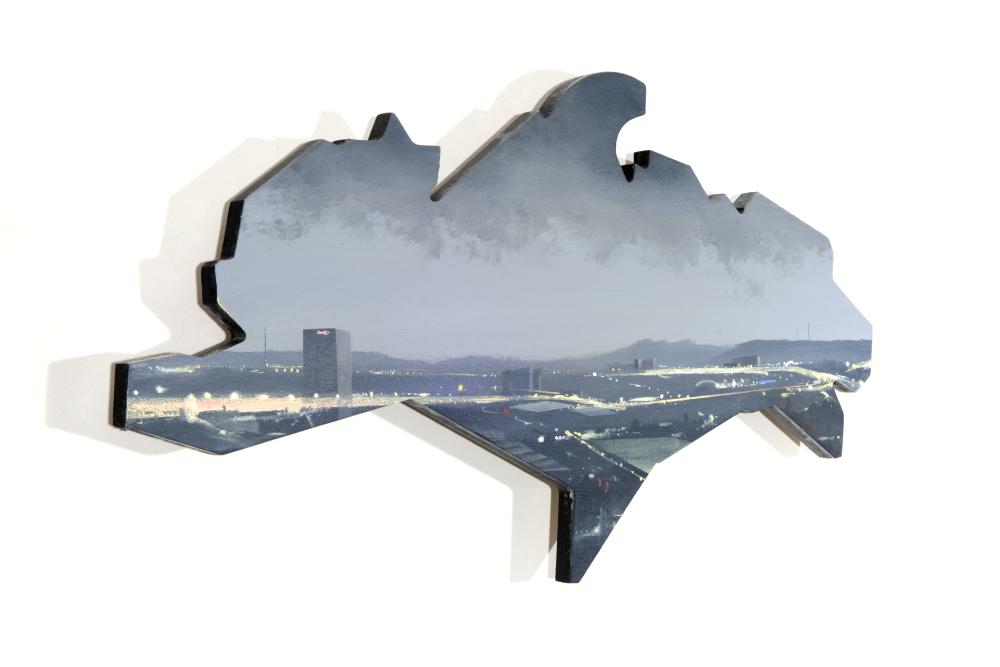 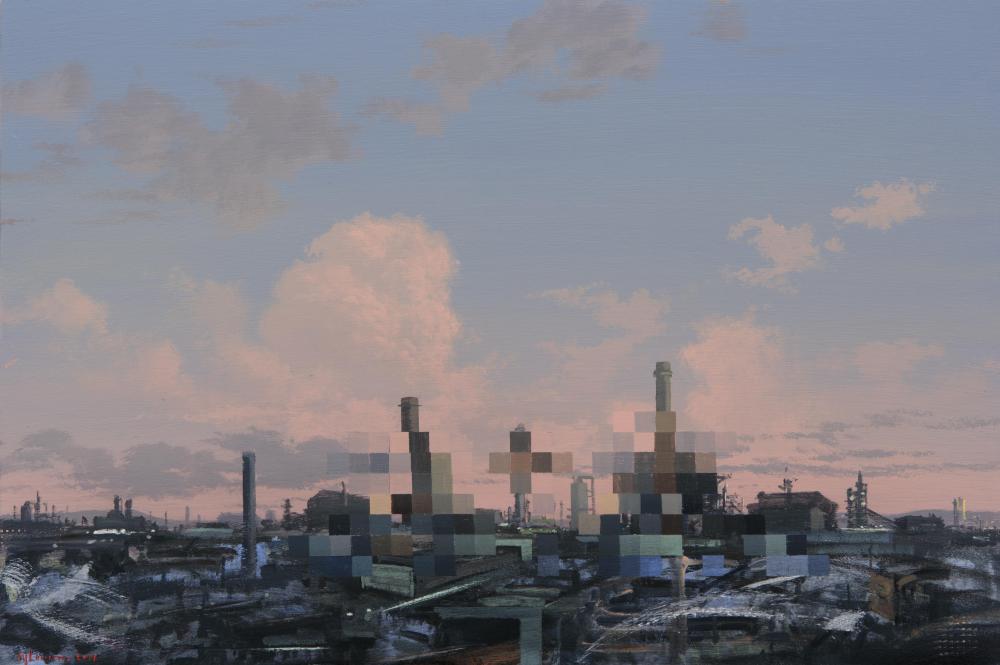 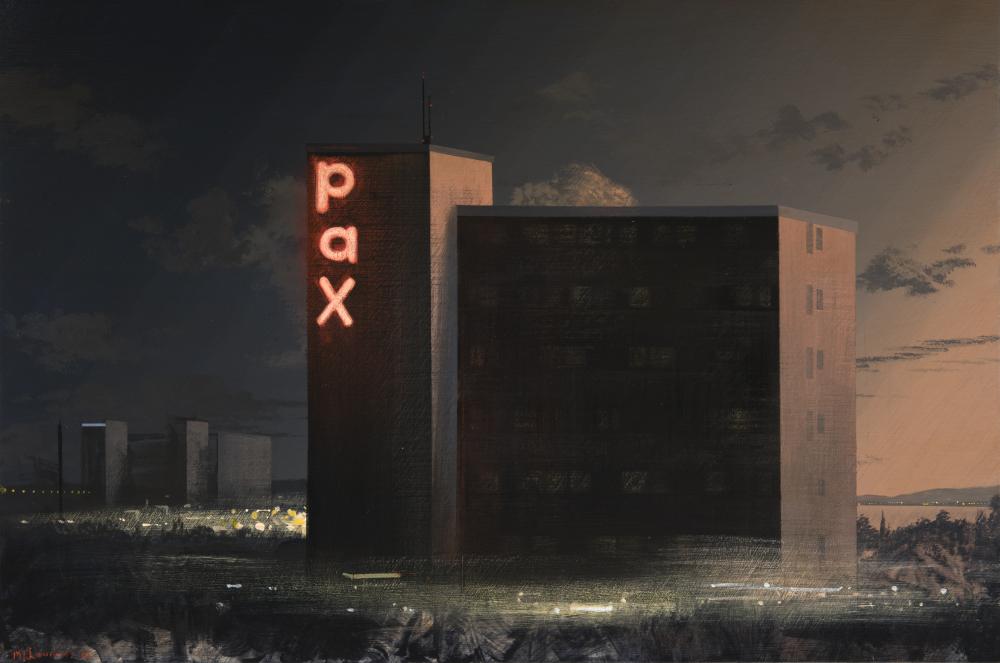 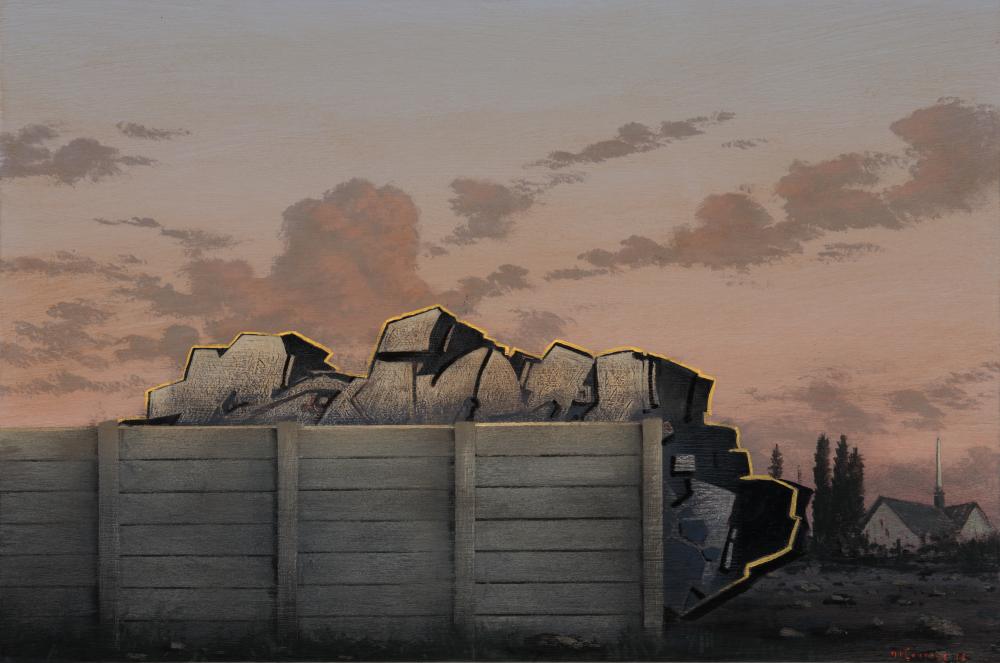 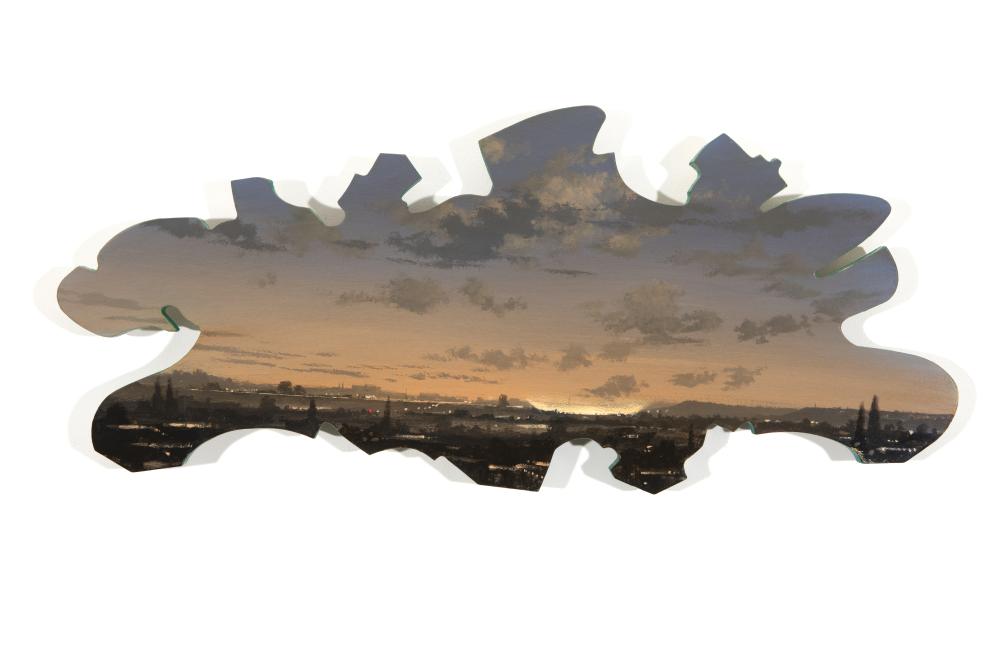 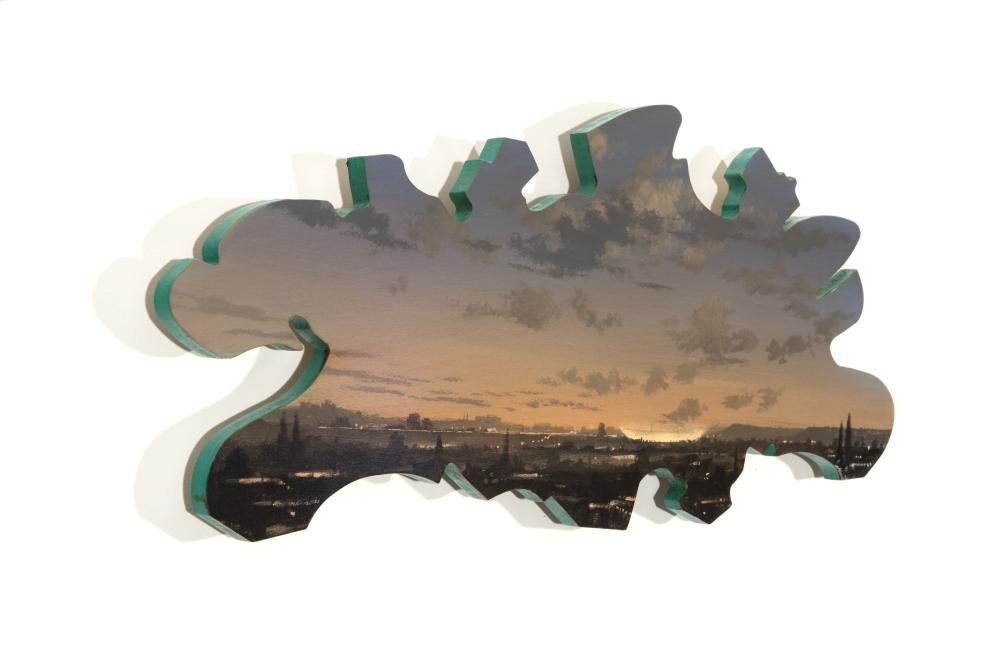 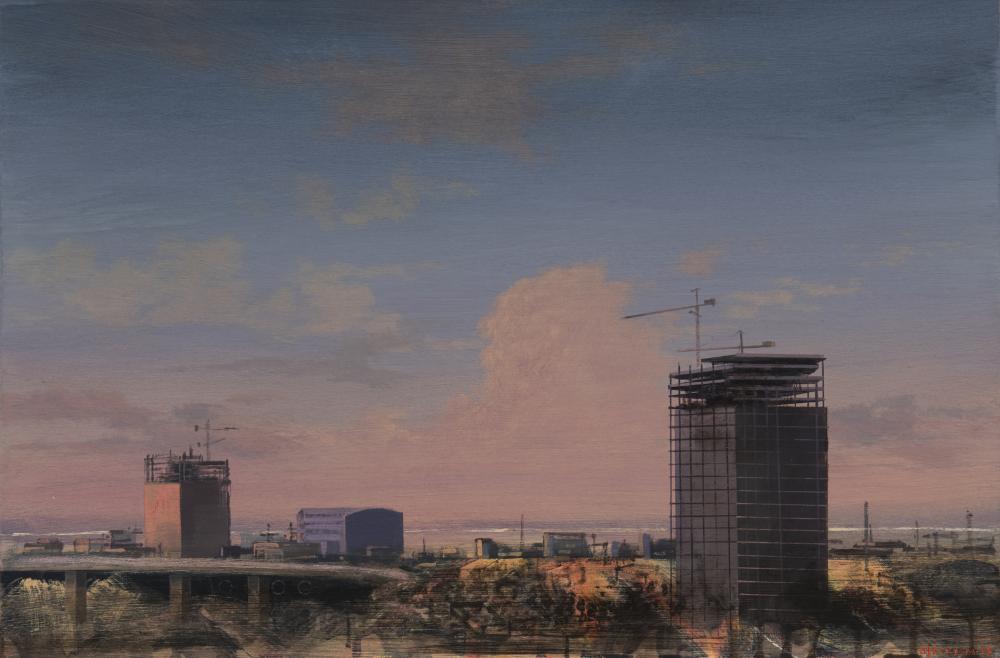 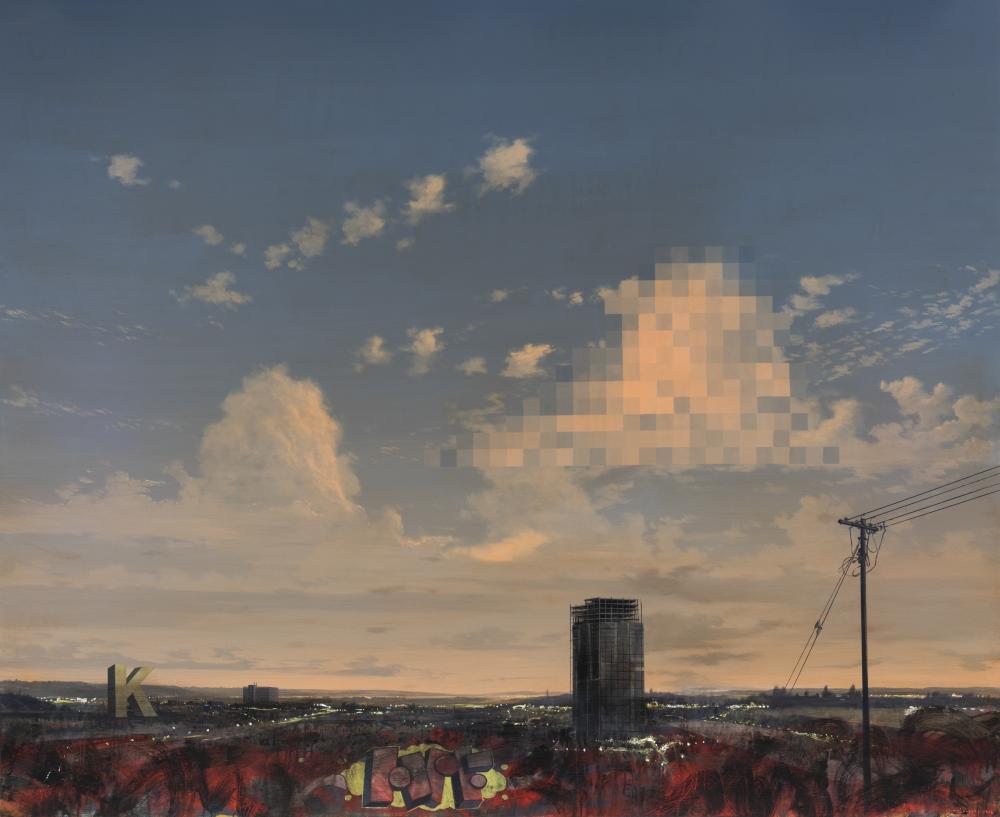 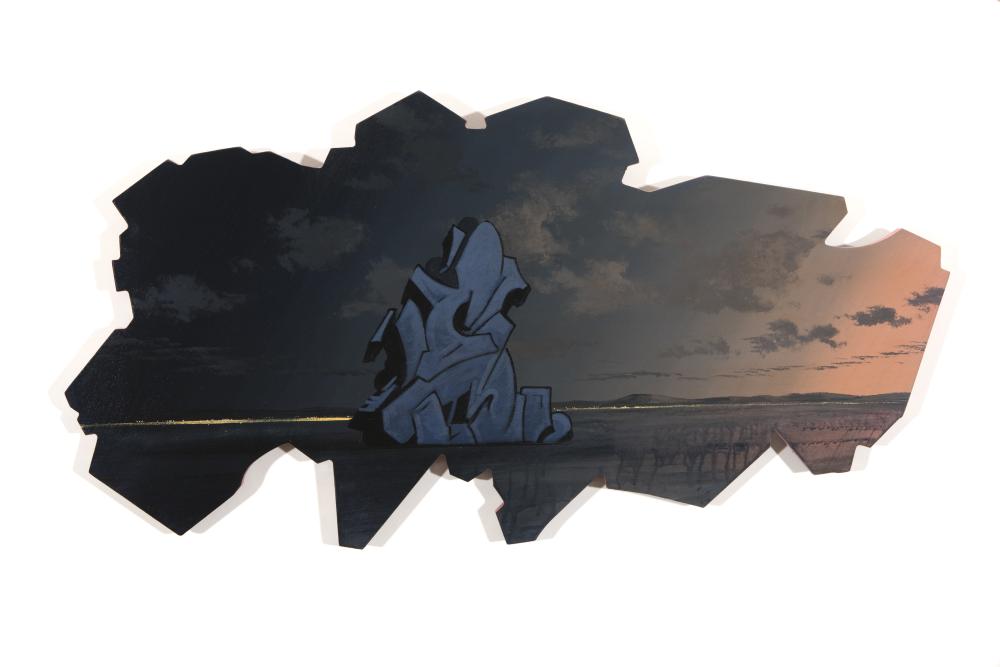 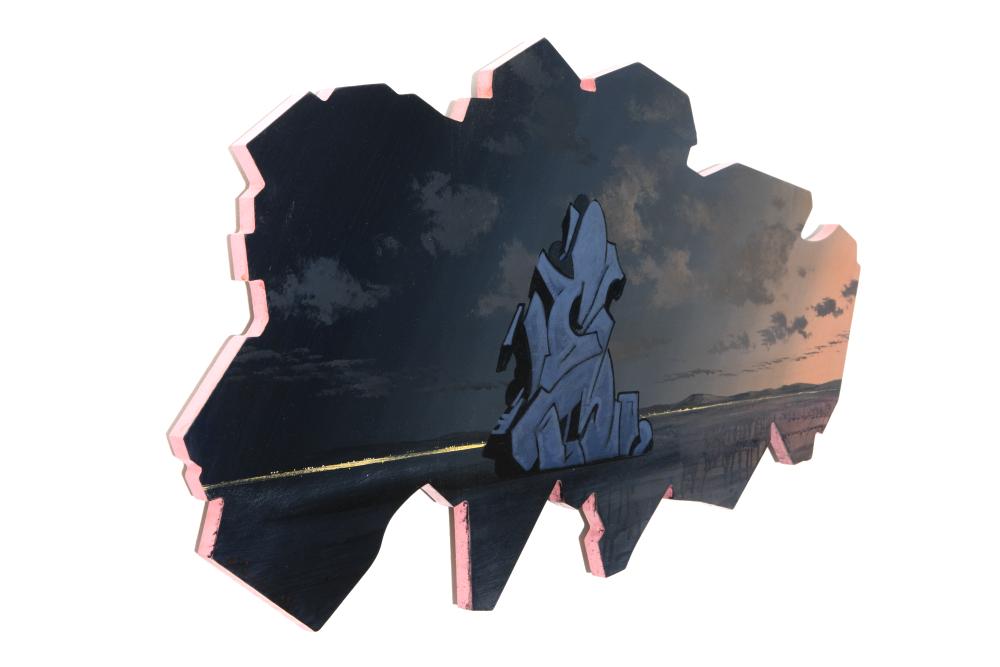 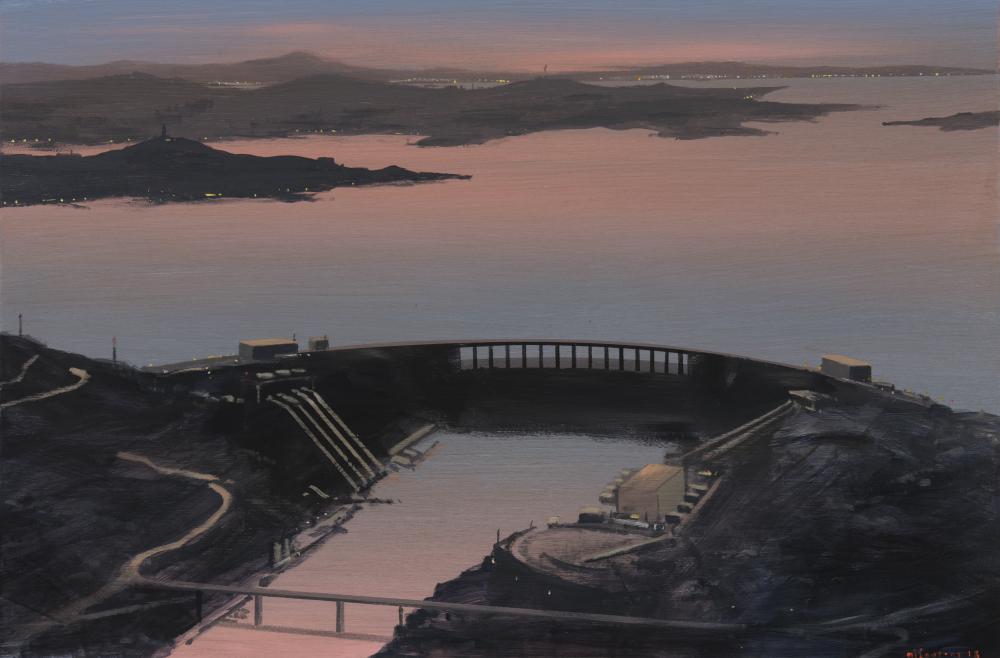 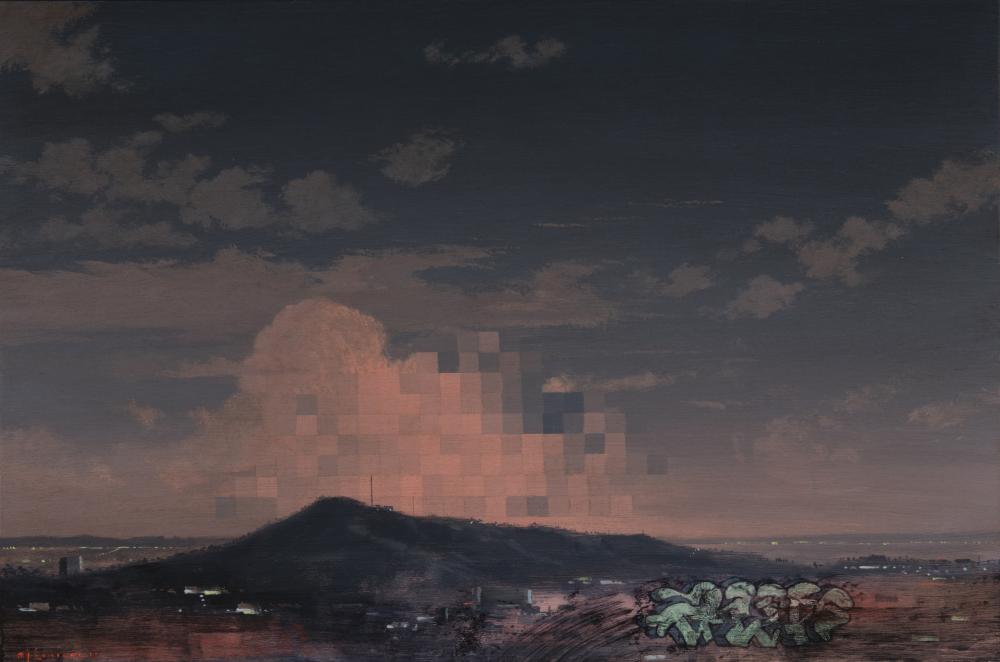 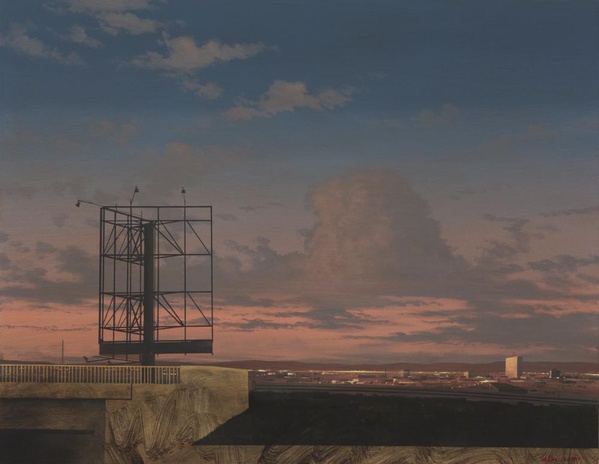 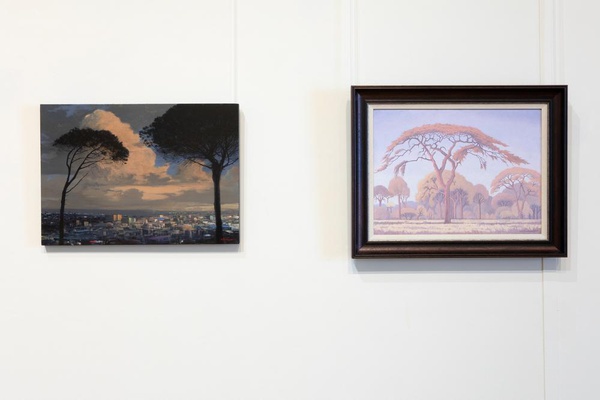